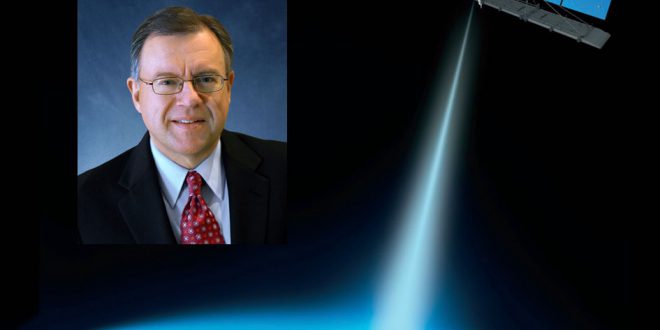 After just over 20 years at the helm of Canada’s leading space company, Daniel Friedmann is ceding his position as CEO in an effort to continue the expansion of the company into the U.S. market. Taking over as CEO on May 16 will be Howard L. Lance, former CEO of Harris Corporation. Mr. Friedmann will continue to serve on the Board of Directors.

Most recently Mr. Lance has been an Executive Advisor at Blackstone Group’s private equity business with a focus on strategy, acquisitions, operations and organizational development.
As CEO of Harris Corporation from 2003-2011 Mr. Lance oversaw tremendous growth of the company. Today Harris has a market capitalization of just under $10 billion with 22,000 employees in 125 countries.

Speaking on behalf of the MDA Board, Chairman Bob Phillips said, “Mr. Lance brings to MDA a unique combination of skills and experience that make him ideally suited to lead MDA in further advancing its strategy of U.S. expansion. Throughout his career, Mr. Lance established a strong record of driving growth across multiple global businesses, and building teams that make these businesses thrive.”

The move to bring in Mr. Lance is strategic as MDA tries to further expand its reach into the U.S. market after its blockbuster acquisition of Space Systems/Loral in 2012.

Dan Friedmann commented, “MDA is a great company with solid management teams and highly talented employees, and with bright prospects. To fully implement our expansion plans the Company needs a U.S.-based CEO. Mr. Lance’s proven expertise in leading the expansion strategy of similar companies will be a tremendous asset to MDA.”

“I am thrilled to be joining MDA at such an important time in the Company’s history,” said Howard Lance. “During the past decade, MDA has transitioned into a leading provider of highly dependable satellite communication and information solutions to commercial and government customers worldwide. With its strong financial position and robust pipeline of opportunities, particularly in the U.S., the Company is ideally positioned for further growth. I look forward to working with the Company’s management team and employees to build on the success it has achieved.”

Chairman Bob Phillips added, “Under Dan’s leadership, MDA has transitioned from a $100 million primarily domestic and privately held ground systems company to a $2 billion internationally oriented and publicly traded satellite communication and information company. We thank Dan for his many years of unrelenting dedication to the Company. We look forward to working with Mr. Lance on moving MDA to the next level of profitable growth and value-creation, and to Dan remaining on the Board and thereby continuing to make a valuable contribution to MDA’s future success.”

Boucher is an entrepreneur, writer, editor & publisher. He is the founder of SpaceQ Media Inc. and CEO and co-founder of SpaceRef Interactive LLC. Boucher has 20+ years working in various roles in the space industry and a total of 30 years as a technology entrepreneur including creating Maple Square, Canada's first internet directory and search engine.
@marckboucher
Previous Video: Research on the International Space Station to Fight Cardiovascular Disease
Next OneWeb Selects Florida as Manufacturing Hub but Opportunity Still Exists for Canadian Companies