It comes as no surprise that OneWeb Satellites, the joint venture between Airbus Defence and Space and OneWeb, selected Florida as its manufacturing base for the majority of the 900 satellites it wants to build. Rumour of an impending deal was circulating as early February. Now that the deal is done, it doesn’t preclude Canadian companies providing parts or services to OneWeb.In fact, last fall MDA announced it was partnering with OneWeb. Specifically MDA would provide OneWeb with antenna for the satellite constellation and payload design and engineering services. That has not changed.

Also Greg Wyler, Founder and Chairman of OneWeb, was in Toronto early February at the Canadian SmallSat Symposium where he spoke about OneWeb’s plans as well as holding meetings with various Canadian companies.

As OneWeb moves closer to production it should not come as surprise should any deals with Canadian companies be announced.

Boucher is an entrepreneur, writer, editor & publisher. He is the founder of SpaceQ Media Inc. and CEO and co-founder of SpaceRef Interactive LLC. Boucher has 20+ years working in various roles in the space industry and a total of 30 years as a technology entrepreneur including creating Maple Square, Canada's first internet directory and search engine.
@marckboucher
Previous New Leadership at MacDonald, Dettwiler and Associates as the Company Pursues Further U.S. Expansion
Next Nobel Prize Physics Winner Art MacDonald Public Lecture 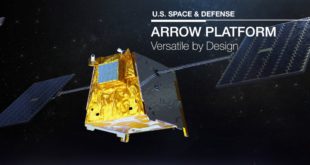 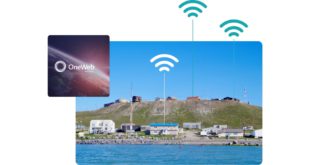