Over 30 people who worked for or with the Canada Centre for Remote Sensing (CCRS) came together to write the Making Government Science Work for Canada report published to coincide with the 40th Canadian Symposium on Remote Sensing conference.

The Executive Summary in part reads;

This is the story of CCRS – both what it did, how it did it and, most importantly, the lessons learned that might be usefully applied by Government in other areas of science and technology. There is a great deal of focus on supporting and international activities inasmuch as they were, in retrospect, critical to the long term success of CCRS and the growth of the industry that CCRS nurtured. It is believed that it is particularly important to emphasize these supporting activities since most scientists and science advisors tend not to give them the attention that they deserve if the goal is to create a successful and sustainable science-based activity to support the national interests of a country.

This history is not just about CCRS. It recognizes the important roles of industry, academe, other levels of government and other government departments with which CCRS worked as a truly national centre of excellence. At the same time we also agree with the point of view on the important role of government in innovation espoused by Dr. Mariana Mazzucato in her TED Talk filmed in June of 2013 that was titled “Government – Investor, Risk-taker, Innovator.” We recommend viewing her presentation as a point of departure before reading this work: http://www.ted.com/talks/mariana_mazzucato_government_investor_risk_taker_innovator

The accomplishments of CCRS and its staff are truly amazing in both their scope and importance. Almost every page identified yet another leading edge development or a first in the field: there are far too many to list them in this summary. For this executive summary we have extracted some of the most significant achievements and activities in the following table. For each we have identified the section where further details can be found.

You can download and read the Executive Summary and the full report below;

Boucher is an entrepreneur, writer, editor & publisher. He is the founder of SpaceQ Media Inc. and CEO and co-founder of SpaceRef Interactive LLC. Boucher has 20+ years working in various roles in the space industry and a total of 30 years as a technology entrepreneur including creating Maple Square, Canada's first internet directory and search engine.
@marckboucher
Previous A Summary of the 40th Canadian Symposium on Remote Sensing
Next Daniel Faber Discusses Orbit Fab’s Plan for Gas Stations in Space 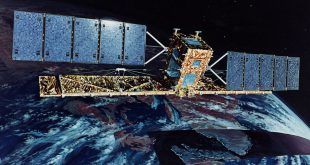 RADARSAT-1 Data Set of 36,500 Images Released to the Public