Canada land cover map. Government of Canada.
Share
The Institute of Air and Space Law at McGill University has completed a mandated independent review of the Remote Sensing Space Systems Act and in its findings they conclude that while the “Act was appropriate and useful at the time of its enactment in 2005, the players, activities, technology and internationalization of remote sensing activities have since changed significantly and outgrown the confines of the Act.” As part of its recommendations the report states Canada should implement a new General Outer Space Act.

The report was delivered to Global Affairs Canada on February 17, 2017 and was deposited with the Acting Clerk of the House of Commons on April 5.

Dr. Ram S. Jakhu, Director of the Institute of Air and Space Law says he is not aware of any plans for a public announcement of the Review.

McGill University’s Institute of Air and Space Law is highly regarded nationally and internationally for its work. The Institute will hold its annual Manfred Lachs International Conference on Global Space Governance on May 5-6.

Considering the far reaching findings and recommendations within the report it would seem appropriate for Global Affairs Canada to make an announcement regarding it.

Industry has been clamoring for action in this particular regulatory environment for some time as they see it impeding business opportunities and innovation, and innovation is at the core of the governments plans to grow the economy.

SpaceQ had contacted Global Affairs Canada on February 27 by email for a comment after the Space 2.0 Round Table had concluded and which included a discussion on the Remote Sensing regulatory environment. A departmental spokesperson told SpaceQ in an email dated March 3 that “the Remote Sensing Space Systems Act (RSSSA) provides a licensing regime that ensures national security concerns are met, while balancing innovation and commercial interests of Canadian industry.”

The review disagrees with this assessment in its findings and states “although the objective of the Act is to balance the public interests of Canada with the private interests of commercial remote sensing operators, the Act leans more in favour of protecting Canadian national security interests at the expense of technological development and commercial interests.”

The spokesperson also said “the regular, independent, five-year review of RSSSA is currently underway and will be released this year. We do encourage all companies to engage during the early stages of planning, so that proposed space systems can be assessed in a timely manner.”

The spokesperson further said that “we are working with government partners to review the broader space regulatory environment to ensure that it is best positioned to address national security and offer real opportunities to Canadian businesses.”

With the new Space Advisory Board beginning consultations with stakeholders this Friday it seems almost certain that industry representatives attending will raise this issue.

The other significant findings from the review are as follows:

The Need for a New General Outer Space Act

One of the more significant recommendations from the review is that Canada should consider a New General Outer Space Act.

The review states “when looking at space remote sensing activities in the context of overall space activities, it becomes obvious that the RSSSA is so far playing the role of Canada’s ‘general space law’ in addition to playing its intended role as Canada’s ‘remote sensing law’.”

“When considering the RSSSA as a whole, including its objectives, its methodology and its application, it becomes obvious that it is, in fact, undertaking two distinct responsibilities: first, as a regulator of remote sensing data and products and second, as a regulator of space systems and ground systems that happen to facilitate remote sensing activities. While it is more clear why the RSSSA is needed to regulate data, it is less clear why the RSSSA is needed to specifically regulate space hardware. As the only truly regulated space activity it may make sense to regulate application and hardware together, but the real problem emerges when new space activities develop and new pieces of legislation are enacted to regulate them, with each having their own regulations regarding application and hardware . Ensuring numerous pieces of legislation dealing with distinct space activities all align in terms of their hardware requirements seems unnecessarily onerous and ripe for confusion.”

The following recommendations from the review should be read in concert with the report.

The Impact of the RSSSA and Regulations on Technological Development – Recommendations

Achieving the Objectives of the Act and Future Developments – Recommendations

Boucher is an entrepreneur, writer, editor & publisher. He is the founder of SpaceQ Media Inc. and CEO and co-founder of SpaceRef Interactive Inc. Boucher has 20 years working in various roles in the space industry and a total of 28 years as a technology entrepreneur including creating Maple Square, Canada's first internet directory and search engine.
@marckboucher
Previous The Canadian Space Agency Issues New Tender for Development of Enabling Space Technologies
Next Exclusive: Space Advisory Board Ottawa Roundtable off to a Rocky Start

What Does the New Parliament Mean for the Space File? 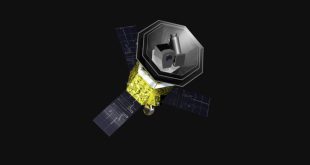