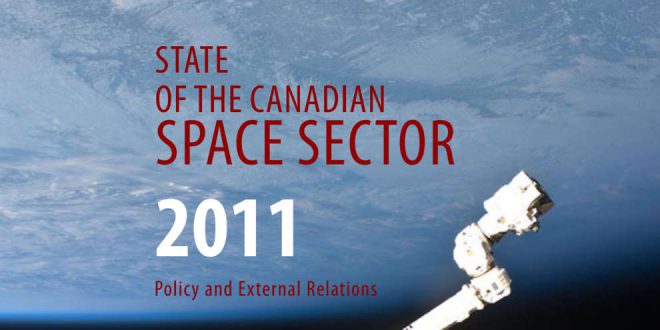 The Canadian Space Agency (CSA) released it’s annual State of the Canadian Space Sector Report earlier this month with its usual lack of notification. The report was supposedly released on December 3rd just days after the Aerospace Review report was released and just a couple of days before the Aerospace Summit. The question is why didn’t the CSA issue a press release about the report?

After all, a report of this importance should be worth at least a press release and perhaps a press conference to discuss the reports findings.

In fact, every year the report is cited in countless other reports and forms the basis of many media stories. If you want the public to know what’s happening in the industry, especially if it’s good things, then why not talk about it? Unfortunately this leaves the reason behind such action open to speculation. So why not speculate?

Could it be the CSA is worried about what the government will actually do or not do as a result of the recently released Aerospace Review report? Hmm, yes that could be a legitimate reason.

But hold on now, in checking previous years it seems the CSA doesn’t issue a press release when the report comes out. 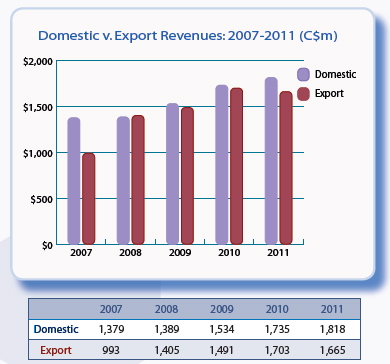 Could it be Industry Canada and the government didn’t want a press release issued? It appears we’ve come to the crux of the problem. Since I’ve been covering these reports, starting with the 2008 report, there hasn’t been a press release issued with the release of the report. Every year I’ve had to look for it. Think about that. If I and others interested didn’t look for it, we would never know about it and couldn’t pass it on or discuss it.

It’s makes no sense whatsoever not to issue even a simple media release. The fact is the CSA didn’t issue a release because it wasn’t allowed to by Industry Canada and the current government who want absolute control over any message released to the public.

On to the report.

According to CSA President Steve MacLean “results for 2011 were mixed”.

“After four years of successive and sustained growth, this year saw only modest growth pegged at 1.3% overall, with total revenues in the space sector edging to reach $3.483 Billion. Domestic revenues increased by 4.8%, while exports dropped by 2.2%. At the same time, after three years of growth, the space sector workforce stalled and shed 9% or 762 space-related positions, among them 471 highly qualified persons in 2011.”
You’ll note that subsequent to the numbers in this report that further job cuts were made by MDA, COM DEV and the Canadian Space Agency itself in 2012 which does not bold well for the 2012 report when it comes out next year.

While growth was up a “modest” 1.3% according to the report, the inflation rate for 2011 was 2.9% indicating how difficult the year was.

Here are the executive summary highlights:

Boucher is an entrepreneur, writer, editor & publisher. He is the founder of SpaceQ Media Inc. and CEO and co-founder of SpaceRef Interactive LLC. Boucher has 20+ years working in various roles in the space industry and a total of 30 years as a technology entrepreneur including creating Maple Square, Canada's first internet directory and search engine.
@marckboucher
Previous The Chris Hadfield Story
Next Chris Hadfield: The Soyuz Experience