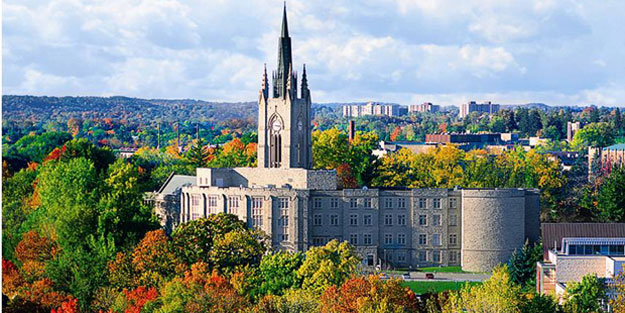 This years Canadian Space Summit is being hosted by the University of Western Ontario’s Centre for Planetary Science and Exploration (CPSX) and features a notable group of speakers, both Canadian and international.

The summit is being held in London between November 14th to 16th with early registration closing at the end of the day on October 15th.

The theme this year is Bridging Communities: Unifying the Canadian Space Sector. Some of the notable speakers include:

The Banquet speaker is Dr. Peter Smith, Principal Investigator for the 2008 Phoenix Mission to the Martian Arctic. He is a Professor of Planetary Science and the Thomas R. Brown Distinguished Chair of Integrated Science at the University of Arizona’s Lunar and Planetary Laboratory.

Also participating is former Senator and Apollo 17 astronaut Dr. Harrison “Jack” Schmitt who will participate in a panel discussion on the Future of Human Exploration. Dr. Schmitt will also be the keynote speaker for the 9th CPSX Annual Planetary Science Distinguished Public Lecture.

The three day summit is organized in the following sessions:

The summit will also feature a Canadian Space Leaders Roundtable in the late afternoon on Friday, November 16th.

The annual summit, a product of the Canadian Space Society, is meant to bring together the diverse array of people who constitute the space sector in Canada, whether it’s the professional or student.

SpaceRef is the media sponsor and will be there to cover the summit. With this years exceptional lineup I highly recommend those interested to attend.
– Canadian Space Summit Program (PDF)

Boucher is an entrepreneur, writer, editor & publisher. He is the founder of SpaceQ Media Inc. and CEO and co-founder of SpaceRef Interactive LLC. Boucher has 20+ years working in various roles in the space industry and a total of 30 years as a technology entrepreneur including creating Maple Square, Canada's first internet directory and search engine.
@marckboucher
Previous MacLean Signals RADARSAT Constellation Mission Build Phase Approval
Next The Official Unveiling of Sapphire Canada's 1st Space Situational Awareness Satellite