Maritime Launch Services submitted its environmental Focus Report to Nova Scotia Environment on March 11 and yesterday it was posted online.

The Maritime Launch Services (MLS) environmental Focus Report is a 475 page document. To put that into perspective, it is 11 pages longer than Tuesday’s federal 2019 Budget document.

If it’s detail Nova Scotia Environment (NSE) was after, then this report leaves no stone unturned and provides a depth of detail like no previous effort to build a spaceport in Canada, as it should.

MLS’s efforts, should they succeed to build Canada’s first commercial spaceport, will be used as a reference point for other efforts. And in time there will be others who will want to build spaceports in the vastness of Canada’s geographic area.

A town hall meeting to update the local community last Friday in Canso attracted over 125 people according to MLS.

Steve Matier, CEO of MLS told SpaceQ that a petition was circulating within the community to express their support for the project. That news came as a surprise to Matier as he hadn’t been aware of it ahead of time, but he was encouraged by the support.

Now that the report is public, a 30 day public consultation process will open. Those interested in the project are encouraged by NSE and MLS to submit their comments by email to EA@novascotia.ca.

After the public consultation process closes, NSE will then have 25 days to review the comments and provide a recommendation to the Minister.

The Minister can decide on one of three outcomes; approve the project with any additional terms, reject the project or require an environmental-assessment. The latter won’t happen as that option has already been completed.

The decision, one way or the other, could be made public as early May 15th. The decision is important for the local community and Nova Scotia. A new project of this nature will bring much needed jobs that may revitalize an economically depressed area. If NSE approves the project, Matier told SpaceQ a July ground-breaking ceremony will be scheduled.

The report was compiled by Maritime Launch Services who relied in part on third party experts including AECOM, a large American multinational engineering firm, and Stantec, a large services company based in Edmonton.

It is the first section, Project Description, which answers the following specific questions that NSE wanted more detail on;

I won’t go into the answers of all the specific questions. They are available from the report which you can download or read below. I will however mention a few points.

As part of its response on the responsibility for managing the launches, MLS has provided an updated chart of Program Management and Responsibilities. The description is as follows;

It’s important to note here that United Paradyne Corporation (UPC) is a company that has extensive experience in dealing with all manner of fuels including at NASA’s Kennedy Space Center and the U.S. Vandenberg Air Force Base.

In clarifying how many launches MLS anticipates having at the spaceport, the report states that they expect to have 159 between 2021-2030.

With respect to hydrazine related chemicals, MLS lists all the countries and spaceports that have recently used these chemicals. The list includes the US, Russia, China, Japan, Kazakhstan, South Korea, French Guiana, Brazil, Australia, and Israel. In other words, every country that launches rockets and every spaceport.

Examples of spacecraft that use hydrazine and related chemicals include Northrop Grumman’s Cygnus capsule, SpaceX’s Dragon Capsule, and yes, even Canada’s own RADARSAT Constellation Mission satellites which are scheduled to launch in May.

NSE wanted to know specifically what hydrazine related chemicals would be used and for what purpose. This is the response from MLS;

“The Yuzhnoye Cyclone-4M is a two-stage medium-lift class launch vehicle with a gross lift-off weight of approximately 272,000 kg and an approximate length of 40 m. The Cyclone-4M uses liquid oxygen (LOX) and highly refined kerosene, also known as rocket propellant-1 or refined petroleum-1 (RP-1), as propellants for its first stage. The Cyclone-4M uses nitrogen tetroxide (N2O4) and unsymmetrical dimethyl hydrazine (UDMH) as propellants for its upper stage to carry payloads into orbit. Many payloads will also require some additional propellants on board, either for orbit maintenance or attitude control. Payload propellants may include hypergolic fuels such as hydrazine and nitrogen tetroxide (NTO) (Strum 2018).”

“Hypergolic-fueled rocket engines are usually simple and reliable because they need no ignition system. The two propellant components usually consist of a fuel and an oxidizer. Although commonly used hypergolic propellants require careful handling because of their toxicity and/or corrosiveness, they can be stored as liquids at room temperature and hypergolic engines are easy to ignite reliably and repeatedly (Quitney 2016). Because hypergolic-fueled engines do not need an ignition system, they can fire any number of times by simply opening and closing the propellant valves until the propellants are exhausted and are therefore uniquely suited for spacecraft maneuvering and well suited as upper stages of launch vehicles such at the Cyclone-4M, Antares Cygnus capsule, and ESA Vega launch vehicles which must perform more than one burn to reach or change orbit.”

The document also has a lengthy section on regulatory requirements and standards focusing on the U.S. where there is extensive documentation available. 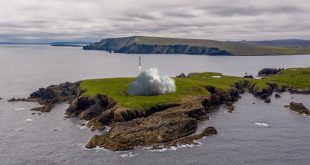 C6 Launch Systems emerges to talk about its business 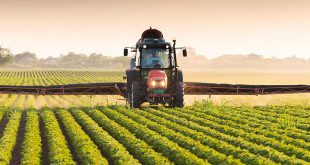