The reason: the formal Canadian information session on the multi-million-dollar ANA Avatar XPRIZE, with a panel discussion that turned into detailed discussion of both terrestrial and space-based Canadian robotics.

As snow removal equipment noisily cleared Yonge Street, and Ryerson students and staff decided whether to brave the weather or to hole up in the Ryerson Library, Sydney Swaine-Simon from Concordia’s District 3 Innovation Centre kicked off the information session. He talked about the XPRIZE foundation and the XPRIZE competitions: both the famous XPRIZE competition for private spaceflight that spurred the creation of Virgin Galactic and others, and the various organizations that have worked with the XPRIZE foundation to create challenges and prizes on issues that vary from literacy to artificial intelligence.

This newest competition, the ANA Avatar XPRIZE, is a US$10 million dollar international competition focused on cutting edge robotics. The goal is to produce an “Avatar”: a robot that blends together human-like capabilities and senses (like computer vision, haptic feedback and auditory processing) with beyond-human senses like ultrasound and infrared.

Swaine-Simon explained that the Avatar should be able to blend together three different use cases. First is an Operator Control Mode, where operators can do normal human activities like throwing balls, giving a handshake, and identify an object using touch via haptic feedback. Second is an Enhanced Avatar Mode, where the Avatar can (for example) assess the danger level in a location using its human-like and superhuman senses, or detect a person buried in rubble. Finally, it should have a Semi-Autonomous Mode, using artificial intelligence to perform simple and repetitive tasks while disconnected from an operator, and recover from glitches or minor issues without operator intervention.

The rewards are substantial. The top team will receive $8 million. But for each milestone along the way to the Avatar, there will also be $1 million rewards. And, naturally, that’s just the start; a successful team will ignite the interest of industry and governments around the world, as a functioning Avatar could have enormous effects in both terrestrial robotics and (of course) in the vacuum of space. Early registration closed on February 9th, but the full close of registration is on September 30th.

Part of what he recommended was about technology and materials. He recommended the use of off-the-shelf components as much as possible. Partially it is due to reliability, but it is more because he has found that low-cost, robust technology suits his company’s needs far more than complex bespoke technologies and tools.

The most important Avatar-related advice by Burhanpurkar, though, was “focus on the corner cases.” It’s comparatively straightforward to do 90-95% autonomous vehicle and robotics work, but the other 5-10% of cases are what are critical. These niche cases will often push the limits of what both artificial intelligence and robotics systems are capable of. They cannot be ignored or avoided, though. In many autonomous robotics applications, and especially in any Avatar project, failure is not an option, with Burhanpurkar solemnly intoning that “if it works in 90% of cases, it’s useless in the real world”.

Burhanpurkar explained that In situations where a single failure could be disastrous, Cyberworks engages in rigorous failure detection and failure testing. He said that on many applications, they’ll do over 2,000 hours of testing in extreme environments before they’ll be satisfied with the utility of their autonomous robotics. He gave two Cyberworks-related examples: their automated patient radiology delivery systems in hospitals, and their autonomous airport transportation solutions for elderly passengers at airports. Both are situations where autonomous robotic transportation systems can deliver real value; both are also situations where serious failures would pose an unacceptable risk.

To Burhanpurkar, the ANA Avatar winner must approach their project the same way. It must be 100% reliable. There is no room for error.

Hallie Siegel: “we have catching up to do”

The next panel speaker was Hallie Siegel, an innovation strategist and Dean’s Scholar at the Strategic Foresight and Innovation Lab at OCAD University. She’s been interested in the robotics sector for a long time; she was managing editor of a pioneering publication on robotics called robohub, as she watched robotics move from being a factory-based technology to something with real consumer and commercial potential. But as she was doing this, she thought “I keep hearing about these other companies…but what’s happening back at home?”

She noted that there’s been an “explosion of activity…but we’re still way behind in terms of spending and flagship activity”. She pointed to the EU and China’s multi-billion-dollar automation initiatives and said that Canada’s efforts “pale in comparison.” The Americans’ efforts aren’t as centralized but, in Siegel’s view, are just as impressive in their own way. And, like the EU and China, the Americans are focused on building a “suite of capabilities”—pairing together robotics, artificial intelligence, and other enabling and complimentary technologies—in a way that Canada isn’t.

She particularly called out the former Canadian space robotics sector as an example of Canada doing it right: that our expertise in space robotics was complimented by expertise in photonics and sensing. A lot of that was early investment, but we aren’t “stacking these things up”; we’re approaching them separately. She’s careful to point out that “what works in one region won’t work somewhere else”, and that we have the opportunity to find a good middle path between the chaotic, market-driven approach of the United States and the top-down approaches found in much of Europe and Asia.

The problem, she said, was that the investments “naturally wound down”, and no other investment push replaced it. We “took our foot off the gas pedal”, she said, and so now “we have catching up to do.” The greatest challenge is that space robotics has a long timeline; we need to create and retain a pool of trained talent. Funding is project-based and iterative, though, and without an ongoing employment base, the talent “drift away” to other fields and other countries. But there is hope; the major funding bodies are reorienting their strategies so that they can coordinate and make their funding more consistent, and there are new companies that Siegel is excited about, like Kepler Communications. She hoped that the ANA Avatar XPRIZE competition would spur more innovation and development.

The final speaker, Prof. Jonathan Kelly of the University of Toronto’s STARS lab, was not able to attend the event due to the blizzard. In a phone interview with SpaceQ on Canadian robotics in space, however, he shared many of Siegel’s insights, concerns, and hopes.

His initial take was that we are “doing okay, but we aren’t where we once were.” Like Siegel, Kelly pointed to the Canadarm and Spar Aerospace as examples of Canada’s excellent past work. He said that the current funding situation is challenging, and that the loss of the CSA’s research division is a big blow, even if private companies are picking up some of the slack. While we’ve “managed to retain some of the talent we had, we aren’t where we were in the eighties, and are in dangerous of continuing to lose ground”. Like Siegel, He also expressed concern about whether the “supercluster” initiatives will divide funding across too many organizations to be maximally effective.

He did point to a lot of strengths, however. In particular, he cited MDA as a source of inspiration and hope. Praising MDA for “still going strong”, and how NASA “aggressively” mentioned their work, MDA has been contracted to construct, operate, and service the new space station remote manipulator (SSRM). MDA is involved in the Digital Technology supercluster, and they’re open to both working with other firms across the world, and to working with academia to help build and develop that pool of talent and expertise that Canada needs to be successful.

He also noted that outside of the space robotics niche, Canada is doing quite well. He cited the AI scene as a bright spot, especially regarding autonomous vehicles (like Cyberworks’). He pointed to the Vector Institute as a bright spot, especially regarding its affiliate program, and the work of the Institute and its affiliates will help contribute to both space robotics and robotics in general. He joined Siegel in praising Kepler Communications as a major Canadian success story, noting that it was spun out of the University of Toronto Institute for Aerospace Studies.

He reserved particular praise for the Toronto’s Creative Destruction Lab. Their space-focused stream has many exciting space startups. He said that he was truly impressed by their advisory board, and particularly by Col. Chris Hadfield’s presence on the board. He was “actually pretty jazzed that I got to sit in the room” during their recent pitch contest, and a number of the most exciting pitches were on space-based robotics. Kelly concluded by saying “I’m keeping my fingers crossed that some great things come out of that.”

Craig is a graduate of Carleton's Norman Paterson School of International Affairs, focused on conflict studies. Naturally, this means he writes on the Internet about gaming, tech, and speculative fiction. He lives in Toronto.
Previous Video: What is a CubeSat?
Next Israel Set to Make History with Moon Mission, it Could Have Been Canada 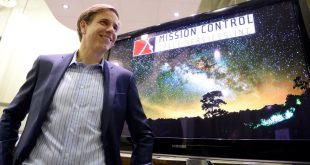 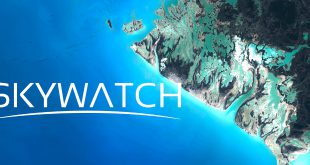 If Data is the New Oil, is SkyWatch a Potential Unicorn?