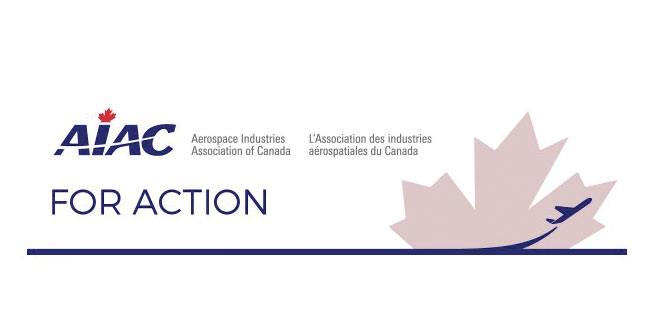 The AIAC is Looking for Labour Market Committee Members

The Aerospace Industries Association of Canada (AIAC) today is announced that it is looking for members for a new Labour Market Committee it is forming.

The new committee is intended to be operational by February. The chair of the committee will be Stewart Cramer, CEO of Vertex Precision Manufacturing.

According to email the AIAC sent out the “Labour market, talent and training issues remain a priority for the aerospace industry, and the government is planning significant policy and program developments for this file. This presents an opportunity for AIAC and its members to help shape the national discussion around skills, training and the labour market over the coming years.”

The AIAC is looking for feedback from members on the following issues:

Stewart Cramer, Chair of the AIAC Labour Market Committee said “Canada’s population of skilled aerospace workers and outstanding Universities and Colleges are key global differentiators in today’s market.  Industry, academia and the government need to work together now to ensure that we retain this competitive advantage into the future.”

Those within the aerospace community that are member of the AIAC and are interested in participating in the committee can contact Iain Christie, Executive Vice President at (613) 760-4562 or by email at ichristie@aiac.ca.

Editor’s note (10:00 a.m. Jan. 12, 2017): The AIAC contacted SpaceQ to provide a clarification that those interested in being committee members must be a AIAC members.

Boucher is an entrepreneur, writer, editor & publisher. He is the founder of SpaceQ Media Inc. and CEO and co-founder of SpaceRef Interactive LLC. Boucher has 20+ years working in various roles in the space industry and a total of 30 years as a technology entrepreneur including creating Maple Square, Canada's first internet directory and search engine.
@marckboucher
Previous Canadian CEO of Deep Space Industries Steps Aside for Start-Up Strategist CEO
Next Short Cuts: CSA Student Grants, AIAC Labour Market Committee, Deep Space Industries and More