Heading into the first demo flight of NASA’s Commercial Orbital Transportation Services (COTS) program SpaceX and NASA were both quick to remind people that this was a test program doing something SpaceX had never done before. From the look of today’s launch it seems they needed have worried so much. The first flight of Falcon 9 carrying the Dragon spacecraft to orbit appears to have been perfect.

At 10:43 a.m. eastern Falcon 9 lifted off after an abort in the earlier launch window this morning. That abort was due to a faulty sensor reading. With the issue resolved SpaceX tried again. And this time it was a picture perfect launch. Nine and half minutes into the launch Dragon separated from the 2nd stage and was in orbit. Dragon will now stay in orbit for a minimum two orbits around the earth before returning 500 miles off the coast of Mexico where the spacecraft will be recovered. If all goes as planned splashdown should occur at around 2:02 p.m. eastern today.

Boucher is an entrepreneur, writer, editor & publisher. He is the founder of SpaceQ Media Inc. and CEO and co-founder of SpaceRef Interactive Inc. Boucher has 20 years working in various roles in the space industry and a total of 28 years as a technology entrepreneur including creating Maple Square, Canada's first internet directory and search engine.
@marckboucher
Previous This Week at NASA for the Week Ending November 26, 2010
Next NASA and SpaceX Post Falcon 9 Launch Press Conference Video 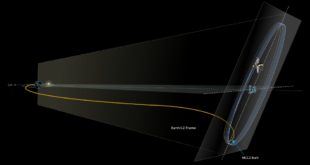 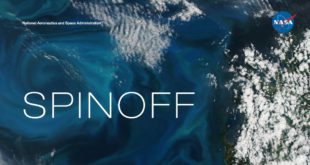