Canada has never launched an orbital rocket. SpaceHorizon wants to change that, and it knows it faces an uphill battle to make the dream a reality.

This weeks guest on the SpaceQ podcast is Philip Berthiaume the CEO of SpaceHorizon, a Canadian based launch services company operating out of Ottawa.

The company has ambitious plans to become the first orbital launch provider in Canada.

Earlier this month, the company announced it was going to resell launch services from other companies while at the same time it moves forward with developing its own fleet of rockets.

Having just completed the conceptual design stage, the company’s first launch vehicle, called Launch Vehicle 1 or LV1, is planned as a small satellite launcher with an estimated development cost of $50 million.

The company currently doesn’t have the resources to fully fund the development of the rocket and will be reaching out to investors mid-year.

Philip says they eventually want to launch from Canada, but that they don’t necessarily want to build their own spaceport. They would rather be the user of a facility that someone else builds, such as Maritime Launch Services.

Philip provides more insight into the company and its plans then they’ve revealed publicly to date.

Boucher is an entrepreneur, writer, editor & publisher. He is the founder of SpaceQ Media Inc. and CEO and co-founder of SpaceRef Interactive LLC. Boucher has 20+ years working in various roles in the space industry and a total of 30 years as a technology entrepreneur including creating Maple Square, Canada's first internet directory and search engine.
@marckboucher
Previous Telesat Makes a Calculated Gamble on Blue Origin to Launch LEO Satellite Constellation
Next Canadian Astronauts Saint-Jacques and Kutryk Launch Astro Pi Challenge for Students 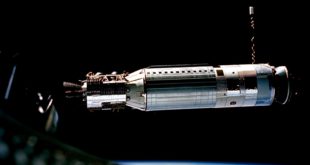 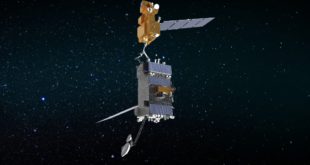