The animation was created by NASA which has an ongoing satellite servicing experiment on International Space Station (ISS) to showcase tools and techniques. The goal is to encourage industry, U.S. industry, to take the lead in this upcoming important area. Canada is participating by using Dextre, Canada’s robotic handyman, to help NASA in its efforts.
While NASA tries to get industry onboard, Canada’s MDA who previously had stated they were entering the satellite servicing market in a big way, have had to pull back because of the uncertainty of whether a foreign company will be able to bid for U.S. government contracts in this area.
For its part the CSA is walking a fine line between its obligations on the ISS as a willing partner and the need to help Canadian industry. However the CSA did recently provide MDA with a $250,000 contract to perform it’s own satellite servicing experiment on the ISS.

Boucher is an entrepreneur, writer, editor & publisher. He is the founder of SpaceQ Media Inc. and CEO and co-founder of SpaceRef Interactive LLC. Boucher has 20+ years working in various roles in the space industry and a total of 30 years as a technology entrepreneur including creating Maple Square, Canada's first internet directory and search engine.
@marckboucher
Previous NASA Orion Crew Vehicle: From Factory to Flight
Next Canada's Fledging Rover Program Is Facing A Rocky Future

Is in-space servicing, assembly, and manufacturing a game changer? 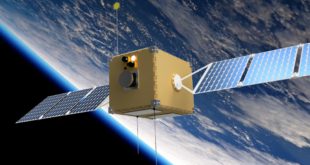