Is Rocketry in Canada on the Rise Again?

The SpaceX Falcon Heavy launch this week has ignited a debate within Canada as to whether we need our own launch capability. The government policy currently is that we don’t need the capability. Is it time to revisit or modify that policy to take into account commercial efforts?

It is rare that mainstream media wades into an issue that only the space community discusses, one in which only a subset of that community talks about this topic occasionally. But this week has seen a rare moment, the launch of a new powerful rocket that succeeded on its first launch. And because of the marketing savvy Elon Musk and his team at SpaceX the event had more public exposure because of the unusual payload of a Cherry red Telsa roadster with a dummy wearing a spacesuit.

The CBC first published the story Why doesn’t Canada have a rocket program? which started the discussion. This was followed up by a segment on CBC radio program The Current with Anna Maria Tremonti which was called Failure to launch: Canada’s lack of a rocket program leaves us grounded, say experts.

In its reporting the CBC contacted ISED Minister Bains for a comment. In part he said “Transport Canada is monitoring the evolution of this industry and would work with other agencies, such as the Canadian Space Agency and NAV CANADA, as required. Innovation, Science and Economic Development Canada continues to work with Transport Canada on measures to support Canadian innovation and rocketry in Canada.  As well, the Canadian Space Agency (CSA) also supports post-secondary institutions across Canada by offering first-hand experience with real space missions to the next generation of highly qualified professions. The CSA continues to support university students on research projects that offer hands-on opportunities in areas like rocketry. These offer invaluable experience for students with a strong interest in space science and technology development.”

Even before the SpaceX launch and this coverage, students had been clamoring for the ability to launch suborbital rockets in Canada. Yes, government red tape instituted decades ago, and which have not been revised for the 21st century, still exists and makes it almost impossible to launch a rocket in Canada over a certain height.

At the Montreal Space Symposium last fall I interviewed the student organizers of the event who spoke about how Canadian students are excelling at rocketry but have to head to the U.S. to launch their rockets.

I also spoke with other students on this topic and for many, as highlighted in the CBC article, their only option to work in the rocketry area is to leave Canada.

Let’s remember that Elon Musk is Canadian, went to Queens University and ultimately left Canada to pursue his dreams in the U.S. He was followed by many other Canadians who now work at SpaceX and other U.S. space companies.

Should rocketry be on the rise in Canada? Absolutely.

Should the government fund rocketry in Canada? Absolutely.

Why? Because it’s a long standing government policy that we don’t need our own rocket.

It comes down to this. The government believes it can purchase launches from foreign suppliers when it needs to. And it’s right. However, there are trade-offs. The most pressing being that you don’t control the timetable of when your satellite will launch.

I could go on citing reasons why Canada should develop it’s own launch capability but I won’t. I’ll only says this at this time as we’ll be covering this topic more in the near future. What the government should do is revise regulations regarding rocketry in Canada to make it easier to launch suborbital and orbital launch vehicles.

There are efforts underway, credible ones, to develop launch technologies in Canada. The government should support them. And based on what I’m hearing, the Canadian Space Agency is making small investments in technologies related to launch vehicles.

For a little history of rocketry in Canada we are publishing the following two articles today from our former magazine Space Quarterly.

Boucher is an entrepreneur, writer, editor & publisher. He is the founder of SpaceQ Media Inc. and CEO and co-founder of SpaceRef Interactive LLC. Boucher has 20+ years working in various roles in the space industry and a total of 30 years as a technology entrepreneur including creating Maple Square, Canada's first internet directory and search engine.
@marckboucher
Previous The 50th Anniversary of the Black Brant Rocket – In the Archives
Next The Billion-year Arch Library Riding Along with Elon Musk’s Tesla in Space 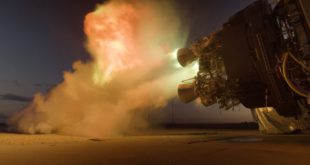 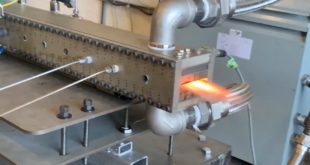