In an email to the space community, NanoRacks CEO Jeff Manber explained why it was important that their Low Earth Orbit (LEO) Commercialization Study was commissioned by NASA and released.

That email had a few key points.

Manber starts his email by saying “the LEO Commercialization Study came out of the Administration and NASA’s efforts to understand the role of the private sector in creating a sustainable LEO marketplace, allowing NASA to focus its energies going forward to the Moon and onwards to Mars. NanoRacks was one of 12 companies selected to participate in this study.”

Manber goes on to say “this is not the first time NanoRacks has sought to push market development via transparency. Back in 2009, NanoRacks was the first company to own, operate and market our own hardware and services on the Space Station. A sizable commercial risk. When we first came up with the idea for our NanoLab, we made a conscious decision not to patent the concept of a standardized “space lab on a platform.” Why? Because we wanted even then to foster an ecosystem on the under-utilized International Space Station. I understood our larger plan was to operate commercial space outposts, and I needed to make sure there was a thriving ecosystem for payloads and research. In short, I didn’t want a monopoly. That is not healthy in any market. That critical decision led to the growing ecosystem we have on the Space Station today that provides modular payload services, including Space Tango in the States and ICE Cubes in Europe. Yes, competition, but hopefully from that competition comes a far larger marketplace if the policies are optimized correctly. We have grown considerably from our early focus on one product, but the philosophy remains the same.”

The study, a 171 page document, was redacted. Manber states that it had “lot of proprietary information, from NanoRacks and our partners. This sensitive information has been redacted.”

There is however more than enough information to satisfy anyone interested in LEO commercialization.

Partners in the study included:

Boucher is an entrepreneur, writer, editor & publisher. He is the founder of SpaceQ Media Inc. and CEO and co-founder of SpaceRef Interactive LLC. Boucher has 20+ years working in various roles in the space industry and a total of 30 years as a technology entrepreneur including creating Maple Square, Canada's first internet directory and search engine.
@marckboucher
Previous Scaling Up Your Space Business
Next ABB Canada Receives $2 Million Contract for SPICA Astronomy Mission 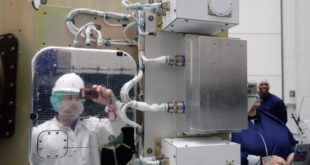 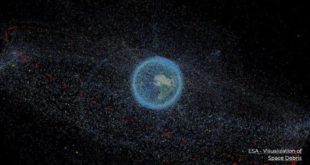