Mars Landing Prompts Parties Across Canada and the World

What are you doing late Sunday evening on August 5th? Well, for many people across Canada and the world they’ll be attending Mars Landing parties. Why this particular Sunday night? Well for only the 4th time in history a rover will land on Mars.

On Sunday, August 5th at 10:31 p.m. PDT or 1:31 a.m. EDT, the Curiosity Rover, part of the Mars Science Laboratory (MSL) mission will, after a harrowing seven minute descent through the Martian atmosphere, hopefully land safely on the surface.
The MSL mission with the Curiosity rover is the fourth rover to land on Mars after little Sojourner and the twin Mars Exploration Rovers (MER), Spirit and Opportunity. Comparatively MSL is a heavyweight weighing in at just over 900kg while each of the MERs weighed in at just over 180kg. MSL is also twice the length of the MER and a third taller. To understand the size better, think of MSL as being about the size of a Mini Cooper or Volkswagen Beetle car.
MSL is the most advanced robotic rover we’ve ever built and is powered by a radioisotope thermoelectric generator (RTG), which at a minimum will provide for an operating lifespan of at least 1 Martian year (687 Earth days). The RTG will also provide significantly greater mobility and speed for MSL to explore Gale Crater.
So who’s holding a Mars Party for the landing? The big one is being put on by the Planetary Society and it’s called Planetfest. It’s a two day party at the Pasadena Convention Center! But fret not if you can’t attend in person. The event will be webcast both days and includes a great lineup of speakers leading up to the landing. Since Planetfest is being webcast why not create your own local party and invite friends over?
If you want to attend a larger party there are some being organized across the country. They include:
– Toronto’s Live Curiosity Landing Party at the Hotel Ocho starting at 8 p.m. which is where I plan to be.
– University of Western Ontario department of Physics and Astronomy.
– Clear Light Sound in Winnipeg.
– Calgary Telus Spark (Reported Cancelled?)
– Canadian Space Agency Tweetup (Full)
– Global List of Planetfest events.
If we haven’t listed your event please contact us at webadmin@spaceref.com and we’ll update the list.

Boucher is an entrepreneur, writer, editor & publisher. He is the founder of SpaceQ Media Inc. and CEO and co-founder of SpaceRef Interactive Inc. Boucher has 20 years working in various roles in the space industry and a total of 28 years as a technology entrepreneur including creating Maple Square, Canada's first internet directory and search engine.
@marckboucher
Previous Chris Hadfield Prepares for Spacewalks
Next MDA Union Wants Canadarm to be Displayed in a Museum

Why one engineer says SpaceX’s Starship is a ‘big deal’ 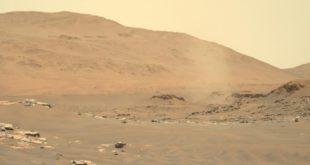