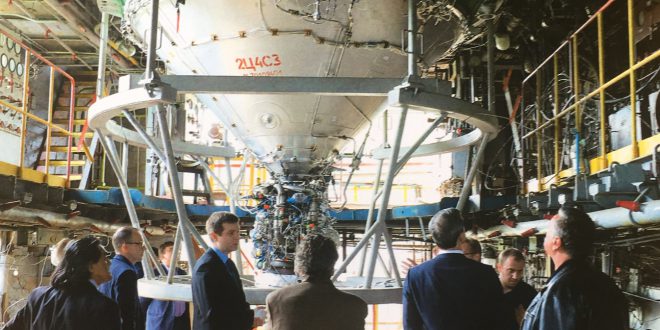 In an op-ed published in the Guysborough Journal, Steve Matier, CEO of Maritime Launch Services (MLS) is pushing back on negative and misleading statements by opponents.

While there has been some opposition to MLS building a spaceport facility in the Canso region, there has also been widespread support for the project.

One opponent is Michael Byers who told an audience about the dangers of Hydrazine, “‘the essential point is that this is an unproven rocket…You could have a lot of hydrazine spread around your community,’ he said, explaining that in the break-up of the rocket stages residual fuel from the rocket could result in clouds of fuel vapour.”

If you wanted to sow fear into local residents, what Byers said is surely one way to do it. In his op-ed Matier counters saying “On June 4 of this year, the Nova Scotia Department of Environment approved the Canso Spaceport Project. In his letter to me, Minister Gordon Wilson wrote that he was satisfied ‘that any adverse effects or significant environmental effects of the undertaking can be adequately mitigated through compliance with the attached terms and conditions’.”

Matier further stated “In addition, MLS’s subcontractor, United PARADYNE Corporation (UPC), will be managing all the propellant activities at the Canso facility. UPC is the current manager of the world’s largest rocket fuel storage facility in the world where they manage, deliver, and often times fuel all of America’s space-lift missions.”

Addressing the issue of an unproven rocket Matier said “contrary to what some have said, these are not ‘Cold War-era Russian rockets’. These are brand new Ukrainian rockets that are built from scratch each and every time. Yuzhnoye is also working with NASA on the Antares rocket, which is largely used to launch cargo to the International Space Station.”

Clearly Byers wants to stop this project in its tracks. Which is odd. MLS wants to build a spaceport. It’s not tied to one launch provider, in fact, in the longer term, having more than one launch provider makes good business sense. Think of MLS as an organization that wants to build and manage an airport. Yuzhnoye would be one rocket supplier, akin to an airline. You want more than one airline to use your airport.

Is Byers just against MLS having Yuzhnoye as a supplier or is he against a spaceport in Canada? If he’s against Yuzhnoye, then why make it your mission to stop MLS?

Another opponent is Donald Bowser who runs an NGO called IMPACT. He told the same audience as Byers that “‘MLS – directly created by Yuznoye…there was no degree of separation between these two entities at that time,’ said Bowser adding that the Ukrainian company has no money, therefore any accidents resulting from the spaceport operations will be left to the Government of Nova Scotia to clean up.”

This, in part, is where the facts muddled. Here’s the short version of how MLS was created. Yuzhnoye approached Steve Matier’s consulting company to do a study on where in North America they could potentially launch their rockets. They were looking for an existing spaceport, or a location where one could be built, and company to do business with. At the time Matier was based in New Mexico.

After Matier completed the study which recommended Nova Scotia, the dilemma was what to do next. Yuzhnoye could not legally setup a new company in Canada, per Ukrainian laws. At the same time, they did not want to build or operate a spaceport.

With the project seemingly at a dead end, Matier made the decision that creating a new company and building a spaceport is something he might want to do. It was his decision to proceed, not Yuzhnoye’s. He approached Yuzhnoye and they agreed that they would become a supplier. Like any supplier they would have to be paid, and in this case, by MLS. Yuzhnoye is not shareholder or legally part of MLS. They are not providing any funding.

If a spaceport in Nova Scotia is built by MLS, it will be because of the work that MLS and Matier are doing. And it’s Matier who is shouldering much of the work, including partly supporting the project financially. He didn’t have to, he could have stayed in New Mexico and continued on. But he believes in this project, so much so he’s moved his family to Halifax to setup shop, and I might add, to a foreign country.

His work is far from over. While MLS did receive the OK from the Nova Scotia government to proceed, with conditions, after their environmental review was passed, the next, and most important task, is completing the funding so that construction can start.

As Canada expands it role in space, it is clear we will need at least one spaceport. Even some within government see that now. MLS, to date, has been the only credible organization to put forward a plan that might work. If they find the funding they need, and adhere to the environmental safety plan as outlined, and approved by the Nova Scotia government, then we should all wish them the best and hope they succeed.

Boucher is an entrepreneur, writer, editor & publisher. He is the founder of SpaceQ Media Inc. and CEO and co-founder of SpaceRef Interactive LLC. Boucher has 20 years working in various roles in the space industry and a total of 30 years as a technology entrepreneur including creating Maple Square, Canada's first internet directory and search engine.
@marckboucher
Previous Mining Water on the Moon Economic Study Estimates Value at US$206B Over 30 Years
Next Summer Series Podcast – Mining the Moon for Fun and Profit 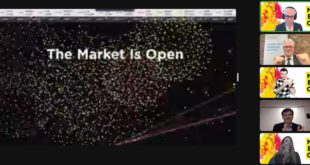