It was just two months ago that Telesat announced that it had selected unproven, but well funded, Blue Origin as a launch partner for its low Earth Orbit (LEO) satellite constellation. Today, they’ve also selected startup Relativity Space to be a launch partner.

The selection of Relativity Space and Blue Origin by Telesat is in keeping with its goal of building out its LEO satellite constellation on budget and reducing costs where possible.

Launch costs have always been the most expensive part of getting a satellite to orbit. When you’re talking about launching hundreds of satellites, even if they are much smaller than traditional GEO communication satellites, keeping costs down is critical.

Telesat has nothing to lose in selecting these companies. The companies will have to prove they can deliver. For Blue Origin, years of building a new engines, rockets and being well funded helps their case.

Relativity Space is a startup that’s taking a new approach to reducing launch costs and has some veterans from other launch companies.

According to a press release issued this morning they say their “platform vertically integrates intelligent robotics and 3D autonomous manufacturing technology to build the world’s first entirely 3D printed rocket, Terran 1. Terran 1 has 100x lower part count than traditional rockets, a radically simple supply chain, and is built from raw material to flight in less than 60 days with unparalleled iteration speed.”

Should they succeed and are able to offer Telesat a price point that’s cheaper than their competitors, then Telesat will likely use their services. That is, after they’ve proven they can also launch.

Dave Wendling, Telesat’s Chief Technical Officer spoke about the selection of Relativity saying “early in our LEO program we decided that, in addition to working with outstanding leaders in satellite manufacturing and launch services who we know well, Telesat should also include NewSpace companies whose technologies and manufacturing methods offer lower costs and greater flexibility for deploying our constellation. Relativity is just such a company with their metal 3D printing, use of robotics and other advances. Telesat continues to establish a world-class supplier team to construct, deploy and operate our global LEO network and we are very pleased to welcome Relativity to the Telesat LEO program.”

“We are thrilled to partner with Telesat, a renowned industry leader, and support launches for their innovative LEO constellation with our adaptable and completely 3D printed Terran 1 rocket,” said Tim Ellis, CEO of Relativity. “Our disruptive, autonomous 3D printing platform ensures we can quickly scale support for Telesat’s constellation, while accelerating launch lead time and reducing launch costs per satellite. Relativity’s partnership with Telesat will better connect and secure our planet.”

Relativity says it’s on track to attempt its first orbital test launch at the end of 2020. They have secured “a launch site Right of Entry at Cape Canaveral LC-16 from the U.S. Air Force” and are working towards a launch site for polar orbit launches.

By selecting companies like Blue Origin and Relativity Space that appear to be on the right track, Telesat is acting in the best interest of its business case.

An introduction to Relativity Space

Boucher is an entrepreneur, writer, editor & publisher. He is the founder of SpaceQ Media Inc. and CEO and co-founder of SpaceRef Interactive LLC. Boucher has 20+ years working in various roles in the space industry and a total of 30 years as a technology entrepreneur including creating Maple Square, Canada's first internet directory and search engine.
@marckboucher
Previous Global Affairs Canada Issues Full Operating License to Planet Labs
Next Western University Space Day Looks to the Future of Canadian Space Development 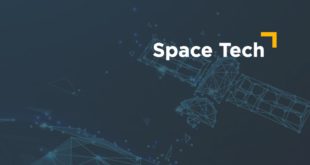 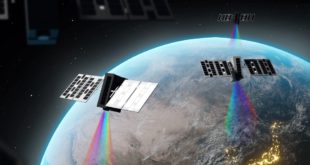 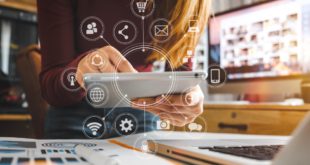 To Market, To Market – Part 5 of An Entrepreneurial Space Series