These amazing pictures were taken from the International Space Station by a crew member and show the starry sky and Earth’s horizon along with the orbiter Endeavour on its last mission. Pictured with Endeavour is Canada’s Dextre robot which is attached the to the space station. 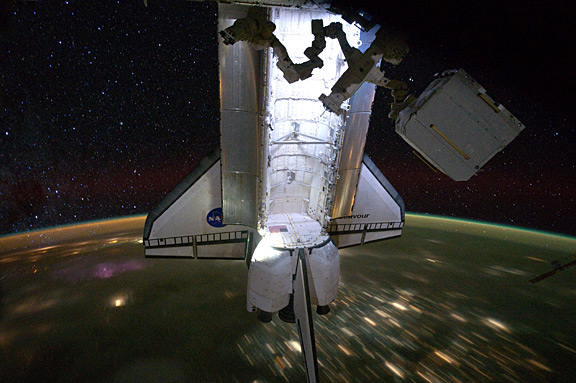 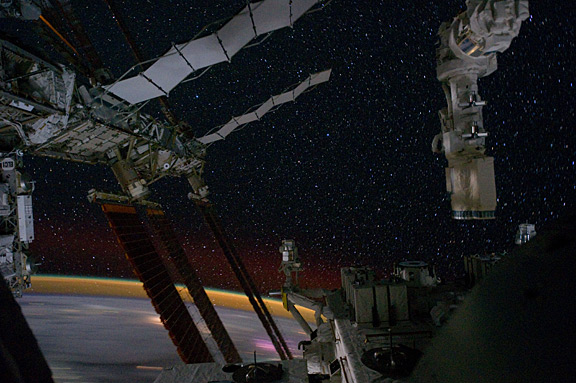 A portion of the International Space Station is visible in this view of a starry sky and Earth’s horizon, photographed by an STS-134 crew member while space shuttle Endeavour remains docked with the station. Photo credit: NASA S134-E-010062 (27 May 2011) — high res(1.8 M) low res (89 K) 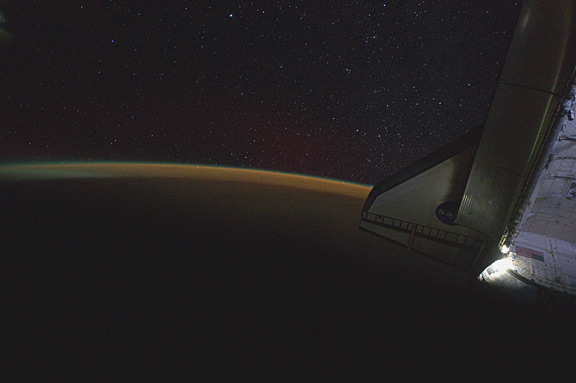 Boucher is an entrepreneur, writer, editor & publisher. He is the founder of SpaceQ Media Inc. and CEO and co-founder of SpaceRef Interactive LLC. Boucher has 20+ years working in various roles in the space industry and a total of 30 years as a technology entrepreneur including creating Maple Square, Canada's first internet directory and search engine.
@marckboucher
Previous Canadian LIDAR to be a Part of NASA’s OSIRIS-REx Asteroid Sample Return Mission
Next No Change for Space as Federal Government Releases Budget