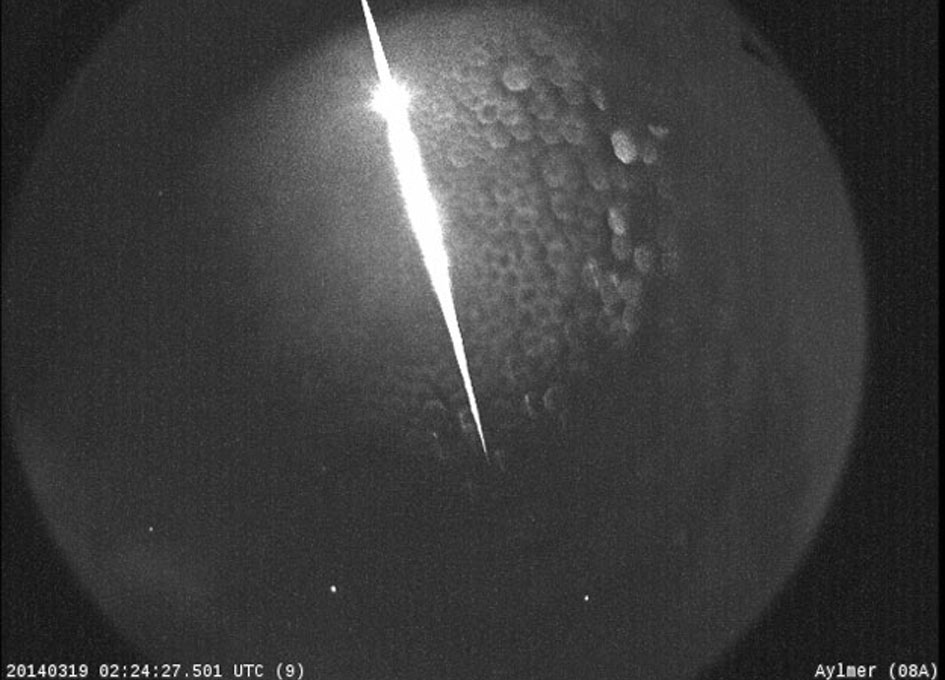 The Hunt Begins for Unusual Meteorite Near St. Thomas, Ontario

Researchers from Western University are excited at the possibility of finding an unusual meteorite or meteorites, as there could be more than one, that streaked over Southern Ontario Tuesday evening and landed somewhere between 5-7 kilometers north to northwest of St. Thomas, Ontario.

According to Peter Brown, Director of Centre for Planetary Science and Exploration (CPSX), the brilliant fireball started near Port Dover at a height of 75 km and moved almost due westward before ending at 32 km altitude between Aylmer and St. Thomas, Ontario.

The researchers are stressing that they need the public’s help. Residents in St. Thomas and those north of the city are asked to contact researchers if they have any information. The fireball was overhead at 10:24 p.m. Tuesday evening. In particular researches are looking for people who may have heard it. These witnesses may have heard a whistling sound and then a thud.

At the moment a team of researchers and volunteers are beginning a reconnaissance of the suspected area of impact and then will contact land owners to seek permission to do a search of the area. 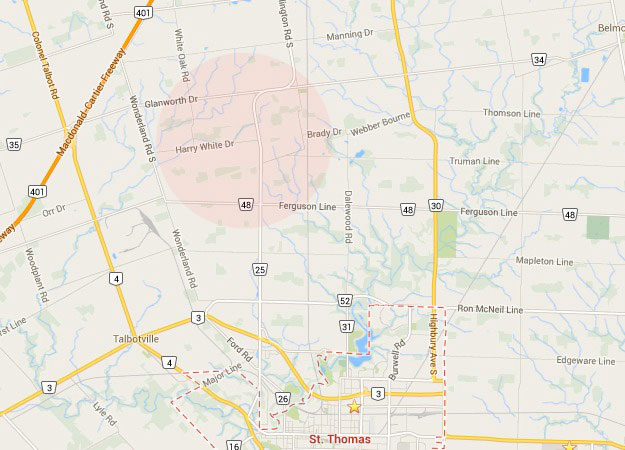 Approximate area where the meteorite(s) could have impacted.

The meteor was caught on camera by the Aylmer camera which is one of the seven all-sky cameras of Western’s Southern Ontario Meteor Network (SOMN). Because of the amount of data they were able to collect, including both visual and sound, researchers know the meteor was in an unusual orbit.

The unusual orbit suggests that the meteorite(s) could be a Eucrite meteor which could be from the large asteroid Vesta or another asteroid from our solar systems asteroid belt. If so, it would could provide clues to the early origins of our solar systems formation.

The meteorite(s) would be about the size of a golf ball or as large as a softball. It would look out of place and different then surrounding rocks. It would appear smooth, dark and may be magnetic. 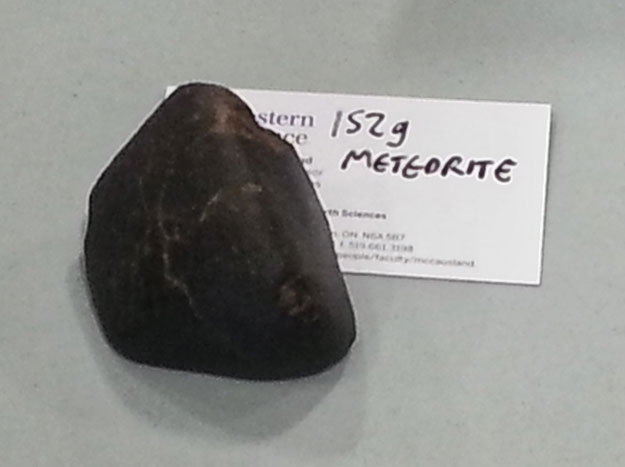 This is an example of a small meteorite researchers are looking for.

Researchers stress that the meteorite is safe to touch however if found by the public they suggest using a rubber glove if they pick it up and to place the meteor in a zip lock or similar bag. Before picking it up consider dropping a ruler next to it and taking pictures of the area.

It won’t be easy to find the meteorite. That’s why the public’s help would be greatly appreciated. As well, the land owner where the meteorite is found would retain ownership of it. However, if an owner expects to cash in on their find they’ll be out of luck. The value is mostly scientific and while the meteor might fetch some money on the market it would be very little.

Boucher is an entrepreneur, writer, editor & publisher. He is the founder of SpaceQ Media Inc. and CEO and co-founder of SpaceRef Interactive LLC. Boucher has 20+ years working in various roles in the space industry and a total of 30 years as a technology entrepreneur including creating Maple Square, Canada's first internet directory and search engine.
@marckboucher
Previous Canadian Space Agency Astronaut Jeremy Hansen to Speak in Winnipeg
Next Ted Talk: Chris Hadfield – What I Learned From Going Blind in Space 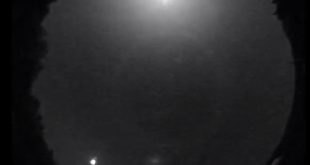