According to the German Aerospace Center the ROSAT satellite will reenter the Earth’s atmosphere between 2 pm EDT today and 2 pm tomorrow afternoon and there is the possibility parts of the satellite could hit somewhere in Canada.

The DLR launched the ROentgen SATellite (ROSAT) into space on 1 June 1990 and was active for nine years. The satellite allowed researchers to perform an all-sky survey of X-ray sources with an imaging telescope for the first time.
The ROSAT is the size of minivan and weighs 1.7 tonnes. During re-entry the satellite will break apart into at least 30 fragments with some of them burning up in the atmosphere. However larger pieces might survive re-entry and crash to ground. ROSAT orbits the Earth every 90 minutes and fragments could land anywhere between 53-degrees north and 53-degrees south.
The DLR is tweeting updates as they happen.

Boucher is an entrepreneur, writer, editor & publisher. He is the founder of SpaceQ Media Inc. and CEO and co-founder of SpaceRef Interactive LLC. Boucher has 20+ years working in various roles in the space industry and a total of 30 years as a technology entrepreneur including creating Maple Square, Canada's first internet directory and search engine.
@marckboucher
Previous Video Recap – This Week at NASA for the Week Ending October 21, 2011
Next NEEMO 15 Mission into Day 5 – Video Recaps 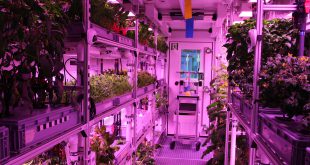