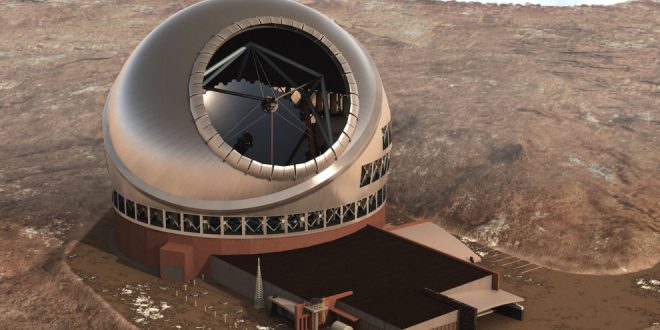 Dissension Grows Between Canadian Participants of the Thirty Meter Telescope

The Association of Canadian Universities for Research in Astronomy (ACURA) issued a statement last week on the status of the Thirty Meter Telescope which quickly drew condemnation from Raymond Carlberg, Professor and founding TMT Project Director in Canada.

The $1.4 billion Thirty Meter Telescope (TMT) which Canada is a participant of, was to have begun construction recently. However, ongoing protests by Native Hawaiians who view the summit of Mauna Kea as sacred have delayed the project yet again.

According to the ACURA the current status of the project is as follows;

Despite all legal obligations being met and the support of the majority of Native Hawaiians for TMT, efforts to start construction have been met by protests. The TMT International Observatory (TIO) and its Board of Governors respect the rights of these people to express their opinion. The main thing on which there is disagreement is whether TMT should be built – and some protesters will never support that and are now engaged in an international campaign to stir up opposition. No construction activity is taking place at the present time and the protests remain peaceful.

Last week 33 protesters were arrested. Global News provides a good overview of the project and where it’s at now.

ACURA also stated that their position is as follows;

The protests are an internal Hawaii matter and ACURA does not plan to comment on internal Hawaiian politics.  However, ACURA has expressed to the TMT partners its desire to ensure the safety of all involved and to find a path forward that recognizes the majority of Native Hawaiians support TMT construction, while respecting the concerns of those opposed.  We remain hopeful this will be resolved.

Professor Carlberg of the University of Toronto provided the following statement on July 26. He seems to take issue with the ACURA statement.

The Government of Canada, through its agent, the National Research Council, is the Canadian member of the TMT International Observatory. The National Research Council appoints one voting corporate governor, currently one of their staff. Two other non-voting governors are normally appointed from Canadian universities. Although the Canadian participation in the project was initiated through a CFI award to several universities with Toronto as the host, the ownership position built up in the universities was transferred to the NRC as part of the Canadian federal funding announcement in 2015.

NRC has agreed that ACURA will play an advisory role for the TMT project, recognizing that university scientists are primary stakeholders in the project and played an important role in the advocacy for the project.

The University of Toronto, and I believe others, have conveyed to ACURA that their institutional values are quite fundamentally opposed to the construction and operation of research facilities through police and military force.

Therefore, although Canadian universities are not in a position to directly vote on the TIO Board, or, remove Canada from the TIO Corporation, they have conveyed their views quite clearly to ACURA and would normally expect that those views would be expressed to TIO.

Having access to a Very Large Optical Telescope at a high quality site remains a top scientific priority in Canada.

Prior to Carlberg issuing his statement, the University of Toronto issued its own statement via Professor Vivek Goel, Vice-President, Research and Innovation, and Strategic Initiatives who said;

As a board member of the Association of Canadian Universities for Research in Astronomy (ACURA), I have been watching closely the recent events at the construction site of the Thirty-Metre Telescope (TMT) at Mauna Kea, Hawaii, and consulting with my colleagues at the University of Toronto.

The University of Toronto has a strong commitment to the success of its astronomy scholars. We have been involved with the development of the TMT for many years. Our position has been that a project of this nature must be developed where it is welcomed and with the engagement and support of the local community. I understand that the TMT project is committed to being good stewards on the mountain and inclusive of the Hawaiian community.

The University of Toronto does not condone the use of police force in furthering its research objectives. I have conveyed these views through ACURA, which represents the Canadian academic astronomy community in this project.

Please note that the University of Toronto does not have an investment in the project directly nor do we have a direct say in its operations. The Government of Canada has made a commitment of funds through the National Research Council. It is the NRC that appoints a voting member to the Board of the TMT.

The construction of TMT is certainly polarizing with Native Hawaiians divided. It also seems Canadians are now divided.

Boucher is an entrepreneur, writer, editor & publisher. He is the founder of SpaceQ Media Inc. and CEO and co-founder of SpaceRef Interactive LLC. Boucher has 20+ years working in various roles in the space industry and a total of 30 years as a technology entrepreneur including creating Maple Square, Canada's first internet directory and search engine.
@marckboucher
Previous Aireon Adds Third Largest Airspace to its Space-Based ADS-B Service
Next Kepler Communications Demonstrates Kymeta’s Antenna for LEO Tracking and Data Transfers