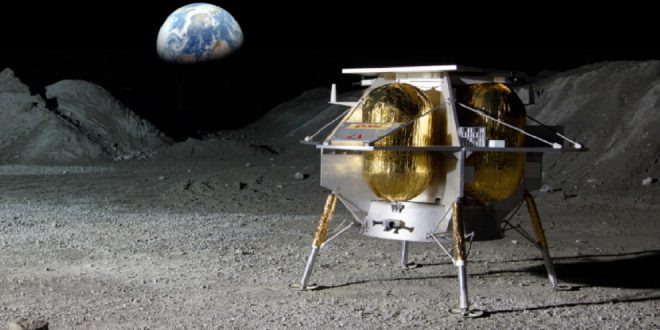 The Canadian Space Agency last week issued a Notice of Proposed Procurement (NPP) to deliver lunar payloads to the surface as early as next year, but more likely within five years.

Robotics and in-situ human exploration of the surface of the Moon is a high priority topic in the context of beyond Low Earth Orbit. Space Agencies around the world are collaborating in fostering the next steps for the global exploration strategy to explore the Moon robotically and through a series of crewed missions to learn about the formation of the solar system, the Moon itself and the Earth as described in the Global Exploration Roadmap (GER) (RD-5).

Planetary sciences are a well-stablished priority for the CSA and the Canadian space exploration stakeholder community. In 2017, the CSA conducted consultations with the stakeholders from the Canadian space community to document Canadian scientific priorities. The outcomes of these consultations were highlighted in the report: Canadian Space Exploration: Science & Space Health Priorities for Next Decade and Beyond (RD-7). Based upon these distilled Canadian priorities and in the context of this Statement of Work (SOW), the CSA is focusing on lunar related Science Investigation Priorities (SIPs) and objectives. In parallel with these activities, a suite of missions are being planned internationally over the next decade; offering flight opportunities for Canada to provide payloads. These opportunities include smaller payload contributions on commercial flights to larger robotics contributions on Lunar Surface Mobility (LSM) robotics missions.

As introduced in section 4, a number of government and commercially led missions to the Moon are planned before the end of the 2020s. For planning purposes, a launch as early as 2021 could be considered, but a target before 2025 launch should be planned. Target landing sites anywhere on the lunar surface can be considered. Missions will have planned lifetimes ranging from several Earth days to extended missions lasting several years (i.e. capability to survive the lunar night). In this context, the contractor must provide the referenced mission and demonstrate how the proposed capability(ies) will meet critical objectives of the mission.

Here’s a portion of the Scope of Work. You can read or download the full document below.

For the purpose of this request for proposals (RFP), the Lunar Surface Autonomous Science Payloads (LSASP) are defined as highly visible science mission enabling capabilities in the form of payload, instrument or mission sub-systems or component either static or mobile further detailed in section 7 with the proper level of autonomy to successfully perform its key contribution to a clearly identified mission on the surface of the Moon. This implies that the LSASP must comply with the lunar environment in accomplishing its mission such as being subject to extreme temperature variations, permanently shadowed area throughout the lunar night and; regolith and radiation exposure of the lunar surface. Either equatorial or polar landing sites are possible, but for the benefit of the majority of the currently planned missions: focusing on scientific exploration of the Moon and In-Situ Resource Utilization (ISRU), polar destinations, in particular, the far side south pole destination are the most likely destinations of interest and the primary targets according to the GER (RD-5).

Critical aspects of LSASP are their capability to fulfill mission requirements while minimizing mass, volume and power. It is then very important to consider the capabilities and SIPs that the proposed LSASPs will address versus their footprint on the mission. Another important element is to assume that a communication relay (e.g. Gateway as of 2024) will be provided for LSASP to communicate with the Earth on a given schedule that depends on the host mission. Other commercial missions also offer the capability to use the lander as a relay station and a direct to Earth telecommunication scenario. An end-to-end concept of the LSASP must include a detailed description of the proposed capability(ies) either it is a static or provides its own mobility implementation, the interfaces to the applicable platform, science payload, ground segment (as applicable) and science data analysis from pre-phase A through to disposal of the spacecraft. As mentioned, mass, volume and power are the critical constraints and must be specified as requirements for the study and prototyping.

Boucher is an entrepreneur, writer, editor & publisher. He is the founder of SpaceQ Media Inc. and CEO and co-founder of SpaceRef Interactive LLC. Boucher has 20 years working in various roles in the space industry and a total of 30 years as a technology entrepreneur including creating Maple Square, Canada's first internet directory and search engine.
@marckboucher
Previous Canadian Space Agency Prepares for Busy Six Months of Industry Events
Next CSA Issues Notice of Upcoming Space Technology Development Program Announcement of Opportunity