The last Canadian space policy released by the Department of National Defence (DND) was in 1998 and the DND is set to release an updated though not substantially changed policy early in the new year, this according to Colonel Andr Dupuis, Director of the DND’s Directorate of Space Development known as D Space D.

At the opening panel of the Canadian Space Summit this past weekend in Ottawa Colonel Dupuis stated “a lot of water has gone under the bridge since 1998 and the environment has changed” and he particular put emphasis on the Chinese anti-satellite missile test of January 2007 along with collision of two satellites in 2009 for the DND to begin a review of the 1998 policy two years ago.
Colonel Dupuis had hoped the Canada’s new military space policy would be released in time for the summit but it is currently undergoing planning review sign-off before an expected release sometime in the early new year.
And although he could no go into specifics he did say that it is “a much better, although not all that different policy, but giving much stronger guidelines“. The two main thrusts of the policy he said would be that it recognizes space as an operational environment and provides guidance with regards to exploiting the medium and assuring the medium.
Canada’s military role in space has been heightened since arctic sovereignty and security became a more prominent issue in 2007 including when it appeared Canada’s largest commercial space sector company MDA was set to sell it’s space division to ATK, an American company in 2008. Included in that deal would have been Radarsat-2 which the military uses for security. In a first, the government vetoed the deal. With arctic sovereignty and security on the governments radar D Space D has seen a resurgence in its operations.
D Space D coordinates a number of ongoing programs including the Joint Space Support Program (JSSP), the Sapphire Program which is to be the largest part of the Canadian Space Surveillance System, the Near Earth Orbit Surveillance Satellite (NEOSsat), the Military Maritime Messaging Satellite (M3MSat), and Project Polar Epsilon (RADARSAT-2).
This past summer the Canadian Space Agency issued a request for proposals a RADARSAT Next Generation Options Study. The primary objective of the study work is to perform an in-depth evaluation of the Department of Defence requirements for surveillance radars and identify implementation options in a system that would enter into operation after the initial deployment of the new RADARSAT Constellation Mission.

Boucher is an entrepreneur, writer, editor & publisher. He is the founder of SpaceQ Media Inc. and CEO and co-founder of SpaceRef Interactive LLC. Boucher has 20 years working in various roles in the space industry and a total of 30 years as a technology entrepreneur including creating Maple Square, Canada's first internet directory and search engine.
@marckboucher
Previous Canadian Space Summit Public Event
Next MDA and Neptec Awarded Contracts to Build Lunar Exploration Light Rover Prototypes 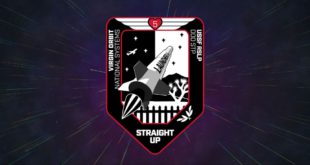