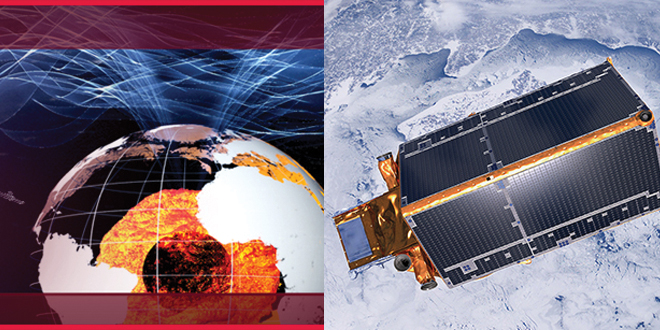 The meetings will be held at Park Lodge Hotel in Banff between March 20-24 this year and students have until January 27th to apply.

To be eligible students must be a Canadian citizen or permanent resident enrolled in a full-time Canadian university studying towards a bachelor’s, master’s, doctoral degree, or a postdoctoral researcher in Sciences or Engineering.

According to ESA the “co-located meetings the European Space Agency aims to address science, applications and services in the context of its Earth Explorer series of missions, ranging in focus from the Earth’s outer core to the magnetosphere. Specifically, as the Swarm mission is about to complete three years of extremely successful science operations, the meeting will bring together the wider international scientific community to explore and develop scientific and application synergies and to propel the mission into its next phase.”

The Fourth Swarm Science Meeting and Geodetic Missions is an opportunity examine and exploit data from Swarm and other geodetic satellite missions, which include the Gravity field and steady-state Ocean Circulation Explorer (GOCE) satellite, the Gravity Recovery and Climate Experiment (GRACE)  satellite and other future missions.

This is the first time the North American CryoSat Science Meeting is being held according to ESA and the “meeting will provide a unique and timely forum for scientists and end-users of CryoSat data to share the state-of-the-art in research and applications, review mission achievements and prepare for the continued use of the CryoSat mission in the future. Organised approximately seven years after launch of CryoSat, the meeting will highlight areas where the mission has made significant contribution including cryosphere, oceanography, geodesy, hydrology, topography, meteorology and climate change. Presentations on the use of CryoSat data for operational applications and demonstrations of novel scientific applications are also encouraged. The meeting will be instrumental to outline the international collaboration in the exploitation of data, to propose new scientific requirements, to identify new scientific challenges in view of the extension beyond 2019 and, in general, for its possible successor.

Boucher is an entrepreneur, writer, editor & publisher. He is the founder of SpaceQ Media Inc. and CEO and co-founder of SpaceRef Interactive LLC. Boucher has 20+ years working in various roles in the space industry and a total of 30 years as a technology entrepreneur including creating Maple Square, Canada's first internet directory and search engine.
@marckboucher
Previous MDA Gets Training and Operations Contract for OSIRIS-REx and SSL Subsidiary Gets NASA Discovery Mission Project
Next Space Related Research Programs Receive $30 Million in CFI Major Science Initiative Funding