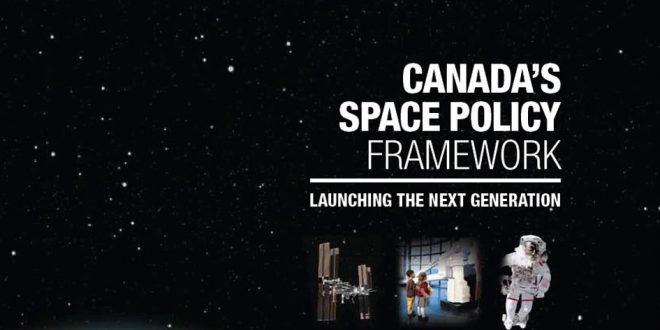 The Canadian government unveiled a new space policy framework today that reinforces what many within the space sector already new, space is an integral part of Canadian’s everyday lives and its importance will only grow.

The fact that the government recognizes this and is releasing a new policy framework is a step in the right direction. The new framework also implements some of the recommendations as outlined in the Aerospace Review conducted in 2012.

This initial step is also a sign Canada’s space partners have been looking for in reaffirming Canada’s commitment to the space sector and international partnerships. While foreign partners have been reassured by the Canadian Space Agency and other departments of Canada’s commitment, having the government finally come out and directly support what its various department representatives have been saying on the ground, helps immensely.

However, the new space policy is a framework and should not be confused with a Long Term Space Plan that the Canadian Space Agency is currently undertaking to produce in consultation with other government departments. That document will outline the specifics of Canada’s future plans in space.
The new space policy framework will however be used as a base for the Long Term Space Plan.

To implement the five principles the framework outlines four avenues for strategic action:

At the same time, the Government will empower a committee chaired by a Deputy Minister to review objectives and expenditures. 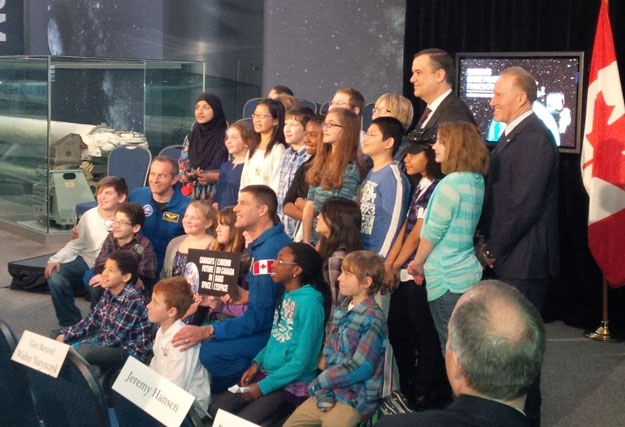 It’s clear the Canadian government is putting an emphasis on the commercial sector and in particular to help increase export revenues. Export revenues from the 2012 State of the Canadian Space Sector were at $1.584B , slightly lower than the year before. However a lower Canadian dollar, which some analysts expect say could stay lower for several years, could help in this area to increase and secure new export markets.

Ultimately though, Canada’s new space policy framework provides only a base from which to work from. The real commitment to Canadians will be supporting the framework with enough resources to implement it in a substantive way.

Boucher is an entrepreneur, writer, editor & publisher. He is the founder of SpaceQ Media Inc. and CEO and co-founder of SpaceRef Interactive LLC. Boucher has 20+ years working in various roles in the space industry and a total of 30 years as a technology entrepreneur including creating Maple Square, Canada's first internet directory and search engine.
@marckboucher
Previous Sapphire Forms the Heart of the Canadian Space Surveillance System
Next COM DEV Receives $1-million Grant from the Province of Ontario