Cryptocurrency is a controversial but intriguing topic for many people right now. Watching the rise, fall, and potential recovery of Bitcoin and the “altcoins” has certainly been engaging, but many observers may be forgiven for dismissing “crypto” as a fad.

That would be unfortunate, though. No matter what happens to cryptocurrencies as a speculative vehicle, the underlying “blockchain” technology is potentially far more interesting and far more wide-ranging. Cryptocurrency isn’t the whole story for blockchain; it may turn out to only be one small part. In this series, we’ll be looking at what it is, and how it may affect Canada’s role in space.

A blockchain has three general components:

Blockchains accomplish this with cryptographic functions — the “crypto” in “cryptocurrency”. Each discrete set (“block”) of transactions is changed into a cryptographic “hash”, which is a one-way transformation that can only be encoded, not decoded. The “hash” is added to the next block of transactions, and that block is turned into a hash, which is added to the next block, in a continuous and ongoing chain. These blocks are then distributed throughout the network.

Creating these hashes is computationally intensive, so individuals or groups that perform these calculations are often rewarded for their efforts. Once a new block is created, the creator is often awarded tokens or cryptocurrency “coins” for their effort. That’s why it’s called “mining”, the (cryptographically) hard work of creating new blocks generates a resource. Mining often become more and more difficult over time as well — even custom mining machines that consume vast quantities of energy and create equally vast waste heat can take over ten minutes to generate new Bitcoin blocks. The more transactions, the harder it is to mine.

So, why bother with blockchains? What is a blockchain good for?

The best-known use of blockchains are classic “cryptocurrencies” like Bitcoin, where users agree to treat the “mined” tokens like any other currency. The tokens can be used to buy and sell goods, or can be traded for other currencies and other blockchain tokens. Some people speculate on their future value as well, which is what has driven cryptocurrency’s famous volatility.

Increasingly, however, users are becoming more inventive with these shared immutable databases. Ethereum, an open-source blockchain-based distributed computing platform and operating system, offers “smart contracts”, for example, that are actually less like “contracts” and more like “code”. They’re usually used for automatic trades of currency — such as a fully-automated payment for goods or services upon receipt — but actually can be configured to do almost anything else any other computer program could do, in a way that ensures that the program’s inputs and outputs are transparent and immutable.

Even aside from that, a transparent, immutable and decentralized database is a useful thing to have. The Canadian government and other governments have experimented with encoding open data, policies and laws using Ethereum as their database. It can be used for transparent, reliable communications, can be used for comparatively swift interbank account-settling (see below), and has been advocated as a potentially “unhackable” electronic vote-counting system.

These diverse applications have extended into space. There are a variety of potential uses for blockchain in space. Cryptocurrency users, for example, are intensely interested in being able to execute transactions without having to worry about terrestrial outages. Satellite-based communications, using blockchain, are being seen as a potentially valuable way to ensure that terrestrial communications outages won’t prevent people from being able to buy and sell goods and services using cryptocurrencies.

That disconnection of the traditional terrestrial Internet with blockchain could affect all the other potential uses as well. Smart contracts, laws, databases, blockchain-based computer code; all of them can be channeled through space-based communications and networks. This is sparking a lot of interest around the world; interest that we’ll be exploring in the next parts of this series.

Pros and Cons of Blockchain and Space

But there are pros and cons…

The “pros” of blockchain, and of putting blockchain in space, are basically the three qualities discussed earlier: its immutability, its decentralization, and its transparency.

Whether it’s computer code or cryptocurrency, there are a wide variety of advantages for having something information that you can trust to be there no matter what. Information isn’t subject to either censorship or outages by centralized servers; repressive governments can’t easily stop it from spreading, and no single company (or group of companies) can arbitrarily declare ownership and try to profit from information they had no hand in creating.

Certainly it has possibilities in finance. Even if cryptocurrencies like Bitcoin remain volatile, banks are discovering that distributed blockchain ledgers can be useful for quickly and safely resolving interbank settlements and transfers, thanks to the immutability and transparency of a blockchain. The Bank of Canada is also looking at how it can be used to clear and settle securities for much the same reason.

In all these cases, ensuring these ledgers aren’t limited by terrestrial communications is in the users’ interests, making satellites and any other space-based solutions potentially desirable.

But there are definite downsides, both for terrestrial blockchain and space-based.

First, there’s the problem of the “crypto bubble”. Cryptocurrencies became a popular means of speculation, to the point where governments (including Canada’s government) are treating them as akin to securities, rather than currencies. This had led to a tremendous amount of volatility, both in Bitcoin and in the various “altcoins” that serve as Bitcoin’s counterparts and competitors. This volatility limits their usefulness as currencies, or as any sort of medium of trade whatsoever; the swings are simply too much.

Beyond that, there’s the issue of fraud and scams. While actual transactions between cryptocurrency “wallets” are transparent, the ownership and justifications for the transactions is not. There are no meaningful regulations on cryptocurrency transactions, and regulation may well be impossible with cryptocurrencies. Avoiding fraud and scams is one reason why smart contracts exist as conditional payment tools, but they too run up against the immutability principle. Blockchain-based code must be right the first time, since “fixes” aren’t feasible.

Most of those issues are tied to cryptocurrencies, though, not blockchain in-and-of itself. But blockchain has one other big issue: speed. Encoding and distributing a cryptographically signed ledger takes time, and the amount of time required increases almost exponentially as the number of transactions goes up. It already takes ten minutes for a Bitcoin transaction to be completed, as both parties wait for miners to create new block. For consumers, this is a problem, as they’re used to swift payments using debit or credit cards — but for institutional investors, it is completely unacceptable, as they rely on transaction speeds measured in the microsecond.

For cryptocurrency investors, the solution has been to entrust their currencies in crypto exchanges like Coinbase and Binance. By doing so, however, they’re losing the transparent control over assets that attract them to crypto in the first place, and there have been multiple issues with exchanges faltering or failing entirely.

As for space-based blockchain, the problem is a bit different. Terrestrial-focused satellite networks appear to be a successful concept, and as we’ll see in the next piece, several organizations and institutions are exploring them. But in the long term, if blockchain “nodes” start being distributed farther away, on the moon or even in other parts of the Solar System, it could create serious issues due to unavoidable transmission delays. The delays in resolving disparate nodes in the distributed network could lead to transactions taking hours or even days to be resolved, which is obviously unacceptable. This is a long ways off, but warrants some thought.

The Space and Blockchain Roadmap

This is the first part of a three-part series.

Next week we will be looking in more detail at how blockchain is being used in space. Is it just cryptocurrency, or is there more to it? Who’s creating the networks and tokens, and what are they for? What are the risks and rewards, especially for potential investors?

And, after that, we’ll be looking at the actual firms exploring blockchain and space. What’s out there? Are there mature firms taking advantage of this space? What are the promising new startups? And where does Canada fit in all this?

Craig started writing for SpaceQ in 2017 as their space culture reporter, shifting to Canadian business and startup reporting in 2019. He is a member of the Canadian Association of Journalists, and has a Master's Degree in International Security from the Norman Paterson School of International Affairs. He lives in Toronto.
Previous Canadian Space Agency Funds Health Technologies for Deep-Space Exploration
Next The Canadian Space Agency Awards 31 Grants for its FAST Program 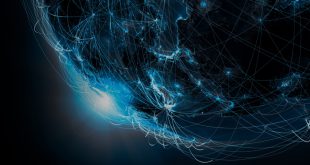 Blockchain and Space: The Companies

Blockchain and Space: Chains in Space