Anik G1 will provide direct-to-home television service for Shaw in Canada as well as broadband, voice, data, and video services for South America and will also will be the first commercial satellite with substantial X-band coverage of the Pacific including Hawaii.
“Anik G1 is an important addition to Telesat’s fleet that will support new DTH services over Canada, bring new C-band and Ku-band capacity to South America, and also offer X-band coverage over the Americas and much of the Pacific Ocean,” said Dan Goldberg, President and CEO of Telesat. 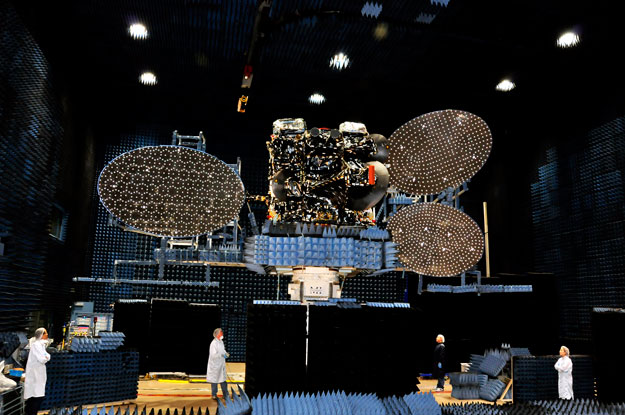 Anik G1 in the Compact Antenna Test Range. (Credit SSL)
Anik G1 will be positioned at 107.3 degrees West longitude where it will be co-located with Telesat’s Anik F1 satellite doubling both the C-band and Ku-band transponders serving South America.
Anik G1 was built by Space Systems/Loral (SSL), now a part of MacDonald, Dettwiler and Associates Ltd. (MDA), and is using the SSL 1300 platform and is is designed to provide service for 15 years or more. 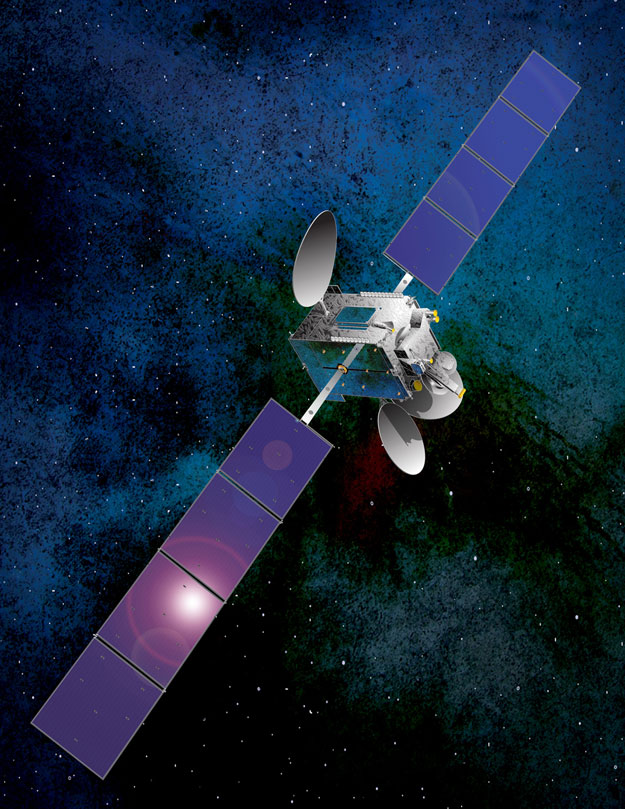 Boucher is an entrepreneur, writer, editor & publisher. He is the founder of SpaceQ Media Inc. and CEO and co-founder of SpaceRef Interactive LLC. Boucher has 20+ years working in various roles in the space industry and a total of 30 years as a technology entrepreneur including creating Maple Square, Canada's first internet directory and search engine.
@marckboucher
Previous Chris Hadfield Talks To Alberta Science Students
Next Wringing out Water on the ISS – for Science!