ABB's Interferometer To Be Launched On The NPP Meteorological Satellite

When the National Polar-orbiting Operational Environmental Satellite System Preparatory Project (NPP) is launched Friday, an interferometer built by the ABB company will be onboard. The first of a new generation of US meteorological satellites is to be launched by NASA on October 28, at 5:48:01 a.m. EDT.

ABB developed the interferometer, which is a critical part of the Cross-track Infrared Sounder (CrIS), one of the instruments that make up the next generation of US polar-orbiting meteorological satellites. The NPP will carry new sensors to monitor global environmental conditions, collect and disseminate data related to weather, atmosphere, oceans, and land.
The NPP is the first satellite mission to address the challenge of acquiring a wide range of land, ocean, and atmospheric measurements for Earth system science while simultaneously preparing to address operational requirements for weather forecasting. This will result in improved five-day weather forecasts and a better understanding of the formation of storms and changing weather patterns.
“Since its beginning, this project has always been very exciting for all ABB employees and especially for those who worked on the project itself. The launch of the NPP satellite marks the achievement of great teamwork,” said Philippe Berube, Program Manager with ABB’s Analytical business unit in Quebec City.
The CrIS offers 100 times higher spectral resolution than the sensors onboard the current generation of meteorological satellites. CrIS will produce high-resolution, three-dimensional temperature, pressure, and moisture profiles. These profiles will be used to enhance weather forecasting models, and they will facilitate both short- and long-term weather forecasting. Over longer timescales, they will help improve the understanding of climate phenomena such as El Nio and La Nia.
“The NPP mission is very gratifying since it will benefit all mankind by enabling more accurate weather forecasting and faster predictions of natural disasters such as hurricanes or tornadoes.” said Marc-Andr Soucy, Remote Sensing Industry Manager with ABB in Quebec City. “This satellite will contribute to the increased security of the world population.” 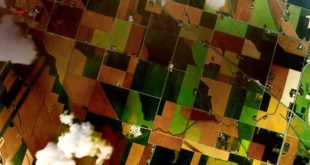