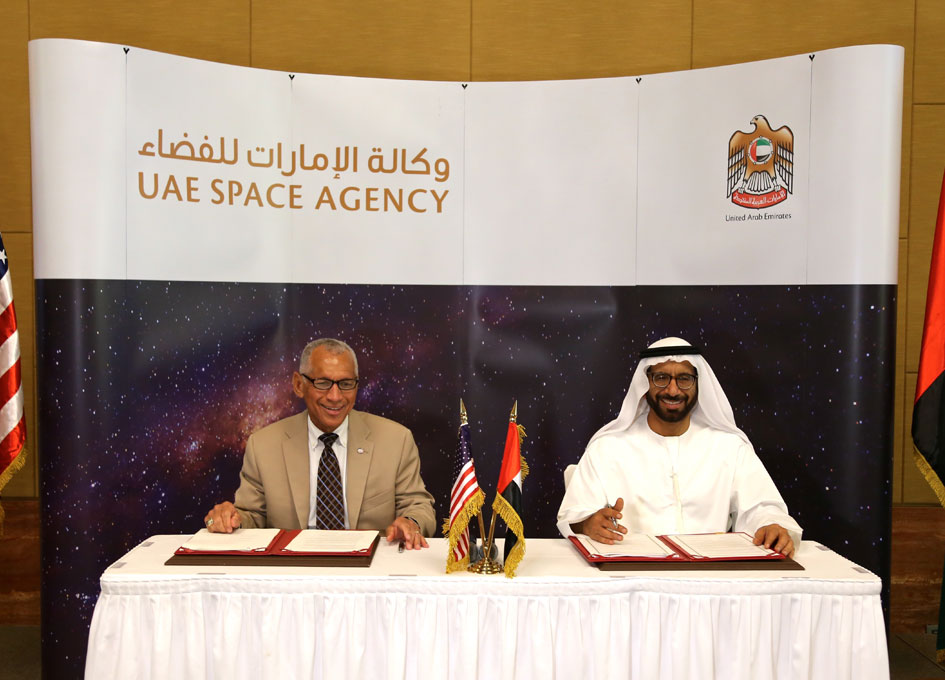 What Were They Thinking? Bednar SpaceNews Opinion Piece Misses the Mark

I’m not sure why SpaceNews published the opinion piece After Orlando, NASA-UAE deal gives reason to ponder space partnerships of Danny Bednar, a PhD candidate in the Department of Geography at Western University, the day after the Orlando terror attack. I can only surmise it was to pull a Buzzfeed and post something controversial to attract readers. It worked.

In it Bednar states “One has to wonder, in light of Sunday’s events in Orlando, is this a deal non-administration staff at NASA are happy with? How can we correct the public discourse on LGBTQ issues while acquiescing to nations who deplore their advancement?”
He ends his piece saying “But the timing of Sunday’s deal makes clear just how powerful it could be if the world’s leading organization in space science and technology were to also take a stance on, or at least recognize, social and political values of the 21st Century.”
NASA Watch editor Keith Cowing made these comments on Bednar’s opinion piece “It is repugnant to see people lazily conflating the devastating, bigotry-centric tragedy in Orlando, by virtue of a coincidence of the calendar, with a totally unrelated government-to-government activity planned months ago so as to score a political point – and impugning the motives of an entire space agency in so doing. In addition it is the height of hypocrisy to see someone complain about another nation’s space agency for things that their own country’s agency has embraced. Danny Bednar (a Canadian) apparently thinks it was OK for Canadian space legend Chris Hadfield to visit UAE in 2014 to help set up a space agency but it is not OK for America’s space agency’s administrator to work with the same space agency in 2016 that Hadfield helped to set up? If working with UAE is so terrible then where was Bednar’s outrage in 2014? Why does he make no mention of this contradiction now?”
Cowing makes good point.
The following day after people started complaining they posted another opinion piece, Space cooperation is not a vehicle for LGBTQ rights by Dr. John B. Sheldon, Chairman and President of ThorGroup GmbH, and publisher of SpaceWatch Middle East, who coherently rebutted the first opinion piece.
And as Sheldon points out in his opinion piece it’s not just the UAE that NASA would have to end its cooperation.
“Mr. Bednar’s points deserve firm rebuttal. First, if NASA is to withhold cooperation with the UAE Space Agency because of the lack of LGBTQ rights in the United Arab Emirates, then NASA should also drop its cooperative agreements with countries like Russia, India, and many others throughout Asia, the Middle East, and Africa. And why stop there? If Mr. Bednar really wishes to unweave the fabric of Muslim societies, where there is no separation of Mosque and state, over LGBTQ rights then why not also withhold international aid, trade, immigration, and cultural exchanges until they see the error of their ways?”
Sheldon further states “In 2008, the marriage of my wife and I was officiated by a Gay priest who is also a family friend. As an enculturated Western man I am a supporter of LGBTQ rights. I also have close connections to the Middle East, however, and I understand that the issue of LGBTQ rights there is a theological — not political — matter since it pertains to the teachings of the Qu’ran. To demand that the UAE provide rights for its LGBTQ community in return for U.S. space cooperation is not only amazingly ridiculous, it is also a cultural, religious, and diplomatic blunder of epic proportions and would be nothing but the latest in a litany of avoidable incidents of Western incomprehension of the Muslim world.”
The last point is probably Sheldon’s best.
Related: NASA, UAE Sign Significant Outer Space, Aeronautics Cooperation Agreement

Boucher is an entrepreneur, writer, editor & publisher. He is the founder of SpaceQ Media Inc. and CEO and co-founder of SpaceRef Interactive LLC. Boucher has 20+ years working in various roles in the space industry and a total of 30 years as a technology entrepreneur including creating Maple Square, Canada's first internet directory and search engine.
@marckboucher
Previous Astronaut David Saint-Jacques Heading to the International Space Station in 2018
Next Is the Canadian Space Agency About to Announce a Call for Astronauts?