This photo showing the Manicouagan Reservoir in Quebec, Canada, was photographed by one of the Expedition 30 crew members aboard the International Space Station. 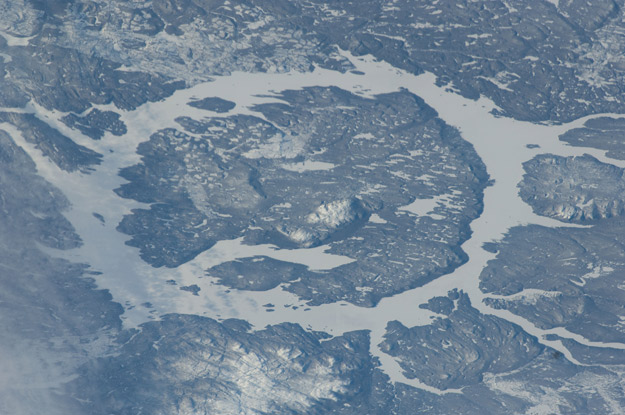 The Manicouagan Reservoir marks the site of an impact crater, 60 miles (100 kilometers) wide, which, according to scientists, was formed 212 million years ago when a meteorite crashed into this area. Scientists say that over millions of years the many advancing and retreating glaciers and other erosional processes have worn down the crater. ISS030-E-031663 (8 Jan. 2012) — high res (1.3 M) low res (100 K)

Boucher is an entrepreneur, writer, editor & publisher. He is the founder of SpaceQ Media Inc. and CEO and co-founder of SpaceRef Interactive LLC. Boucher has 20+ years working in various roles in the space industry and a total of 30 years as a technology entrepreneur including creating Maple Square, Canada's first internet directory and search engine.
@marckboucher
Previous CSA Astronaut Chris Hadfield trains in a Soyuz Simulator
Next Northern Lights over Canada and the United States