Swiss Space Systems (S3) SOAR spacecraft on Airbus carrier. Credit: S3.
Share
Swiss media began reporting last week that Swiss Space Systems (S3), the company with aspirations of becoming a leader in suborbital launches of small satellites and zero-g flights for passengers and scientists, was declared bankrupt by a Swiss court. It’s an unfortunate turn of events for the company which had conducted some initial work in North Bay, and was considering the city as potential launching hub for part of its North American launch services.The news also come after an incident in September where the company’s CEO was the target of a violent attack which left him severely burned.

It was June 2014 that S3 announced it would be using North Bay’s Jack Garland Airport (YYB) and partnering with Canadore College.

S3 was developing an unmanned suborbital spaceplane, called SOAR, for small satellite deployment. SOAR would have been able to launch satellites up to 250 kg in size.

The company had planned an initial public offering (IPO) but in late December 2015 cancelled the IPO along with the zero-g flights.

S3 has until December 23rd to contest the Swiss court ruling. It’s unclear if S3 will come out of bankruptcy.

Boucher is an entrepreneur, writer, editor & publisher. He is the founder of SpaceQ Media Inc. and CEO and co-founder of SpaceRef Interactive LLC. Boucher has 20+ years working in various roles in the space industry and a total of 30 years as a technology entrepreneur including creating Maple Square, Canada's first internet directory and search engine.
@marckboucher
Previous The SpaceRef Canada Top Ten Space Stories of 2016
Next exactEarth Signs Contract to Provide Indian Navy with AIS Data Services and Looks Forward to 2017 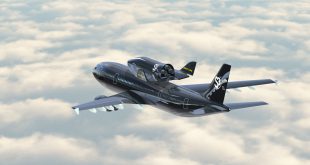