If anyone can talk about the history of the Canadian Space Commerce Association (CSCA) it’s me. While active on and off since before it became an official corporation in late 2007, and its leader for two years between June 2014 and May 2016, I could be considered its longest standing member and supporter. So to hear last week that the organization was ceasing operations was a sad day for me.

Since then I’ve had time to reflect on what the CSCA accomplished in its time, and I’m happy to say, it did a lot of good.

The Canadian Space Chamber of Commerce which became the CSCA, held its first “official” meeting on August 23, 2005. Official meaning that the engineers, scientists, enthusiasts and entrepreneurs gathered in restaurant to discuss the creation of a new organization to support the nascent new space industry.

At its fifth meeting in August of 2006, a committee was formed to begin the process of incorporating the organization. Members of that group included Rocky Persaud who was instrumental in getting the organization started, as well as Talmon Firestone, Brian Feeney, Richard Graf, Joseph McGinty and Daniel Faber. As the group was based in Toronto and I lived in Vancouver, I participated remotely and in person occasionally.

One of the problems that beset the CSCA from inception to its demise was funding. The CSCA which catered mostly to individuals and small business could scarcely raise enough funds for even its basic operational needs, and relied mostly on volunteer members and their resources.

One of the organizations earliest initiatives, which proved to be one of its greatest strengths, was the creation of the bi-monthly meetings. These meetings which always featured one or two speakers started even before the organization was legally formed.

This was the schedule in 2006, the first year of the meetings.

The organization during the period for 2005 to May 2014 was really a loose knit group of people who were active in helping each other and advocating for the industry.

While there were membership fees, and meetings were supposed to be for members only, for this period active membership marketing wasn’t anywhere near what it should have been. As well, the membership for the key group of potential members, small business, was poorly marketed.

However, that never deterred the bi-monthly meetings from happening or successful annual conferences that attracted up to 100 people during this period.

The bi-monthly meetings and national conferences led to people getting jobs, making deals and bringing awareness to the industry. Local and national media came to follow what the CSCA said, and when needed turned to the CSCA for their opinion on important events.

In May of 2014 the organization almost folded. A crisis of its own making happened when two board members acted in an unethical manner and were asked to resign, which they did.

It was in June 2014 that I stepped up to lead the organization. We quickly replaced the departed board members with new people.

Unfortunately at this time the focus of the organization was on being the host city in May of 2015 for the National Space Society’s (NSS) annual International Space Development Conference. On the surface the conference was a success, but the NSS reported a loss and no funds materialized as expected for the CSCA. That delayed the restructuring I had in mind.

Come June 2015 the organization was able to focus on something else. This included membership and organizing new CSCA events. Membership fees were changed to make it more attractive to individuals and companies. I went on a membership drive and in the first 6 months signed up our first dozen corporate members. More corporate and individual members would follow.

At the same time we decided not to have an annual conference but to focus for now on specific topics. I suggested a SmallSat Symposium to start with and a Space Policy Symposium to follow.

The first SmallSat Symposium held in February 2016 was bigger success in terms of attendance and substance than we had anticipated. Unfortunately while we made money from the event, it was a modest amount.

By May 2016 I had made the decision to resign for personal reasons.

Michelle Mendes took over and with the board charted a new course for the organization. She also organized the first and second Space Policy Symposiums and then the second SmallSat Symposium earlier this year.

Unfortunately the funding problems persisted and the second SmallSat Symposium held earlier this year, while having a more people than the first, generated a loss.

I’m not familiar with the financials of the organization the last couple of years, but obviously they were bad enough for the board to cease operations.

While the CSCA is gone, there is a need for an industry group in Canada that supports SME’s, particularly the small space startup segment. It’s my hope a group of people will step up to make it happen.

The signature event of the CSCA, the Canadian SmallSat Symposium may continue, but under the banner of another organization. I’ll provide an update on the future of the event once I know its fate.

Boucher is an entrepreneur, writer, editor & publisher. He is the founder of SpaceQ Media Inc. and CEO and co-founder of SpaceRef Interactive LLC. Boucher has 20+ years working in various roles in the space industry and a total of 30 years as a technology entrepreneur including creating Maple Square, Canada's first internet directory and search engine.
@marckboucher
Previous The Rebirth of the Australia Space Agency
Next A Canadian Intellectual Property Office Patent Report Indicates a Potential Advantage for the Canadian Space Sector 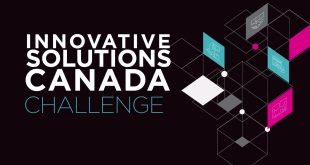 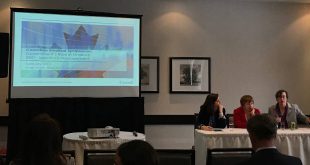 Can the Canadian Government Keep up With the Growing SmallSat Community?