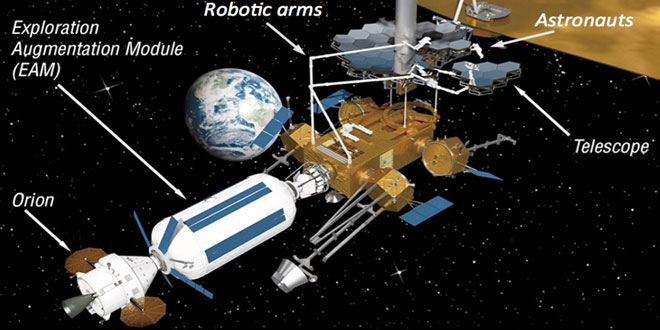 The presentation is available below but the audio of the teleconference provides a lot detail and is available here.

Goddard’s SSPD is tasked with “advancing the state of the art in robotic and human servicing through the management of servicing missions, the execution of targeted technology development campaigns, and the infusion and transfer of servicing capabilities to government and industry stakeholders.”

The SSPD is working to:

MDA recognized the need for satellite servicing early on and has been steadily working towards becoming an important stakeholder in this future business segment. It was the acquisition of  SSL in 2012 that made it possible for the company to win the Restore-L spacecraft bus contract.

Boucher is an entrepreneur, writer, editor & publisher. He is the founder of SpaceQ Media Inc. and CEO and co-founder of SpaceRef Interactive LLC. Boucher has 20+ years working in various roles in the space industry and a total of 30 years as a technology entrepreneur including creating Maple Square, Canada's first internet directory and search engine.
@marckboucher
Previous Short Cuts: CSA Student Grants, AIAC Labour Market Committee, Deep Space Industries and More
Next As SpaceX Returns to Flight There’s a Lot Riding on the Flight for Many Companies