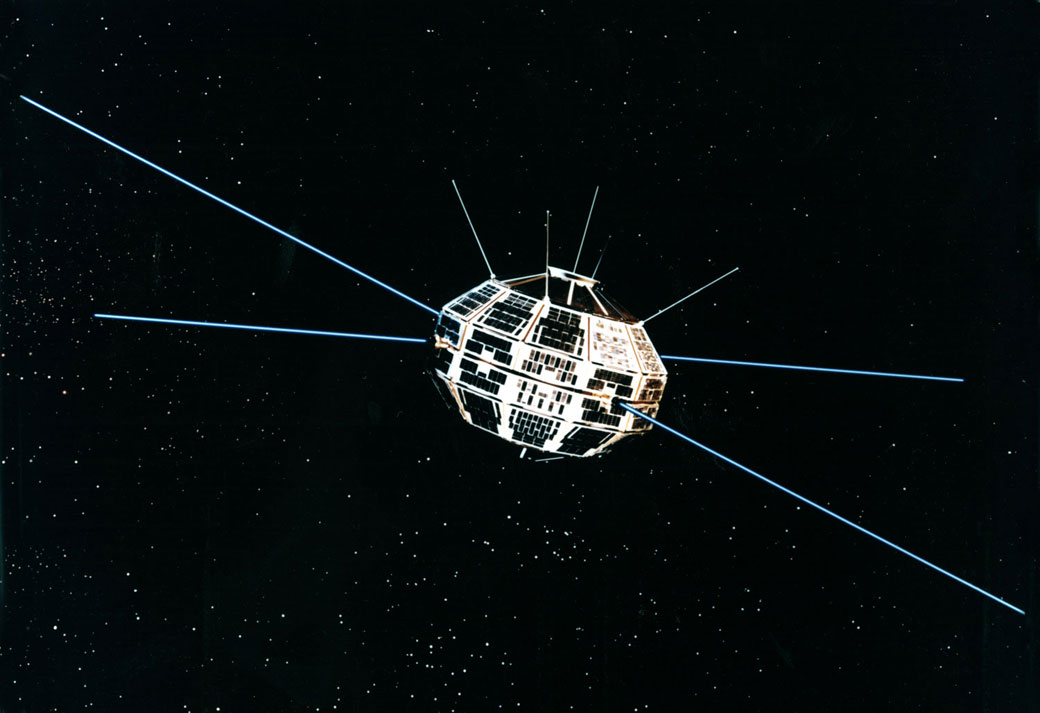 Atop a Thor-Agena B rocket, Alouette-1 launched from Vandenberg, California, on September 29, 1962 at 6:05 UTC. This launch made Canada the third nation in space with its own satellite in orbit, following closely on the exploits of the Soviet Union and the United States.

“Just as the railroad linking the country from coast to coast has played a key role in Canada’s history, the launch of Alouette-1 represents a major milestone in our space history,” said Dr. Marc Garneau, President of the Canadian Space Agency. “It embodies Canadian leading expertise and excellence in space science and technology which continues today through critical space initiatives to deliver benefits to Canadians.”

Alouette-1 was launched to study the ionosphere, a layer of ionized gas high above the earth that is frequently used for radio transmissions over long distances. Signals from Short Wave radio, the main mode of communications in the late 50’s, propagate by bouncing against the ionosphere before returning to earth. Since the complexity of the ionosphere often produced confusing signals, a team of scientists from Canada’s Defense and Research Telecommunications Establishment (DRTE), later renamed the Communications Research Centre, submitted a proposal to the newly formed National Aeronautics and Space Administration to study the ionosphere from above. Designed for a one-year lifetime, the satellite lasted ten years producing more than one million images of the ionosphere.

Besides the atmospheric studies achieved by Alouette-1, the Canadian spacecraft also greatly contributed to space engineering and technology and helped Canadian scientists develop numerous satellites supporting telecommunications with the Anik series, Earth Observation with RADARSAT-1 and science with SCISAT-1.

Boucher is an entrepreneur, writer, editor & publisher. He is the founder of SpaceQ Media Inc. and CEO and co-founder of SpaceRef Interactive LLC. Boucher has 20+ years working in various roles in the space industry and a total of 30 years as a technology entrepreneur including creating Maple Square, Canada's first internet directory and search engine.
@marckboucher
Previous Canadian Space Agency President Marc Garneau Pushes Mars Agenda
Next Auditor General Report: Canada's Space Program is at a Financial Crossroads