Today’s budget had a little surprise in it. It not only mentioned space, it allocated money for two specific uses.

The big announcement is that the government has committed up to $379 million over the next 8 years starting in 2017 to meet Canada’s commitment to its international partners in isupport of the International Space Station until 2024.

This will come as welcome news for Canada’s two active astronauts, David Saint-Jacques and Jeremy Hansen, as barring some unforeseen circumstance, they are pretty much guaranteed a ticket to the International Space Station now.

The government also specifically allocated $8.7 to upgrade the anechoic chamber at the Canadian Space Agency’s (CSA) David Florida Lab test facility at Shirleys Bay. The chamber is used “to simulate space conditions for the testing of large spacecraft and instruments. This investment will allow the Agency to continue to support technology development in Canada’s space sector through state-of-the-art assembly, integration and testing capabilities.”

Also of note in the budget is language and funding earmarked to strengthen Canada’s network of accelerators and incubators. For NewSpace companies this is welcome news.

Related to accelerators, SkyWatch, a startup based at Communitech in Waterloo announced today they would be hosting this years NASA’s International Space Apps Challenge next month on April 22-24 for the Kitchener-Waterloo area and that a new first-of-its-kind dedicated space accelerator would be launched. Details of which will be announced that weekend, though we know that participants in the Space Apps Challenge will have an opportunity to be a part of the first accelerator cohort. The Canadian Space Commerce Association is also involved in the accelerator.

“Canada will also continue to take part in other important international collaborations with the potential to build on Canada’s strengths and develop the space industry sector’s capabilities.”

It’s certainly welcome news that the government specifically mentioned space and the International Space Station and it could be interpreted in part as a message to Canadians and our international partners that Canada is renewing its commitment to space. It should be noted however that the previous government had committed Canada to participating in the International Space Station to 2024. This though, is the first time funding has been allocated to meet that commitment.

Also available recently are the departmental Reports on Plans and Priorities including the Canadian Space Agency plan. It outlines planned spending at $432 million a $49 million increase over last years projection for this year. Out years see planned spending of $338 for 2017-18 and $330 for 2018-19 which is slightly higher than the previous Conservative government had projected. The lower out years budget is also attributed to the winding down of the build phases of the RADARSAT Constellation Mission.

Also notable is that the planned spending is exactly what was in the Treasury Board 2016-17 estimates released last month. Usually the estimates don’t reflect the true picture of the departmental budgets. The government has said though it wanted to fix the budgetary process and perhaps this is the first attempt at that by making the estimates be more reflective of the actual budgets.

It would have been a surprise if the the CSA’s budget had seen a significant increase in this budget. After all, we have a new government that has been facing economic pressures that were unforeseen. As well, while the CSA has indicated a new ongoing dialogue will take place, that has yet to happen substantially. The coming year should result in ongoing dialogue leading to better long term planning, something stakeholders see as critical to the space sector and important for Canada’s economy.

Correction:A previous version of this story indicated that departmental Reports on Plans and Priorities (RPP), in particular the Canadian Space Agency (RPP), was released on March 22nd. In fact it had been released earlier this month on March 7th.

Boucher is an entrepreneur, writer, editor & publisher. He is the founder of SpaceQ Media Inc. and CEO and co-founder of SpaceRef Interactive Inc. Boucher has 20 years working in various roles in the space industry and a total of 28 years as a technology entrepreneur including creating Maple Square, Canada's first internet directory and search engine.
@marckboucher
Previous Chris Hadfield Wins NSERC Award for Science Promotion
Next Op-Ed – The 2016 Canadian Budget is a Start But Action Must Follow Words for the Space Sector 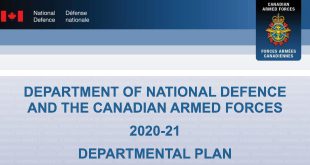 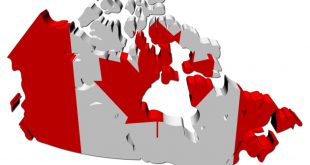 Canada – A new place for space