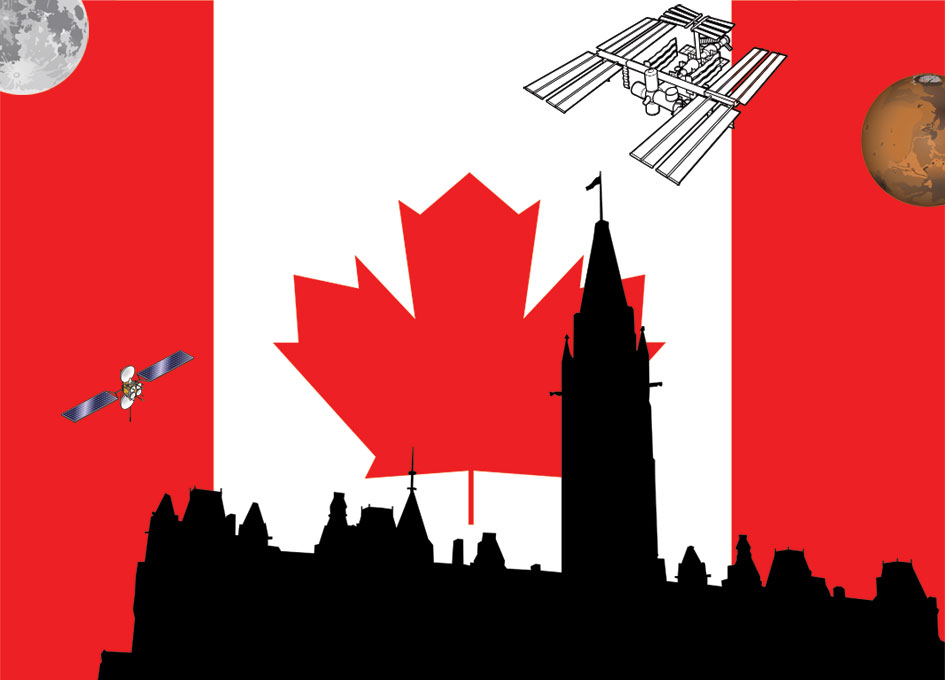 Presidents of the Canadian Space Agency (CSA) can serve a term of five years which can be renewed. The problem however is that since its foundation, only one president has completed one full term. In fact, under the current government, which has been in power for nearly 9 years, there have been four interim presidents and a total of seven presidents.

Why has there been a revolving door at the head of Canada’s space agency since the Conservatives took power in 2006? Bad luck? Poor selection? Or something else?

When the Conservatives came to power, Dr. Virendra Jha was the current interim president having being put in place by the Liberal government three months earlier after the previous president, Marc Garneau, resigned to run for parliament. If not for the upcoming election Garneau might have served a full term. Dr. Jha was replaced by CSA senior vice-president Carole Lacombe who the Conservatives appointed as the new interim president after they won the election in January 2006.

The search was then on by the new government to find a president. It took them over a year to find the person they hoped would be best suited for the job. They settled on Larry Boisvert who had retired as CEO of Telesat the previous year. It was hoped that Boisvert, and his 34 years of business experience in the industry, could lead the space agency for some time. Unfortunately, after less than nine months on the job Boisvert left for what was termed “personal reasons”. However it was known within Industry Canada and the upper levels of CSA management, that he was frustrated with the bureaucracy at Industry Canada. He had limited access to he minister and regularly had to deal with the deputy minister. Boisvert left out of frustration. He was replaced on an interim basis by Guy Bujold, a veteran civil servant and assistant deputy minister at Industry Canada.

The search was then on again to find someone who could provide true leadership at the top post of the CSA. For those in the industry, they hoped it would be someone with a passion for space.

On September 2, 2008 Steve MacLean was introduced as the new president. Here was someone who had not only had a passion for space but was one of Canada’s former astronauts. The Canadian space community was happy with the selection. The then Minister of Industry, Jim Prentice immediately tasked MacLean with development of a Long Term Space Plan. MacLean dived right into the job and subsequently provided the plan to the minister. That’s when things started to unravel for MacLean. The plan the Canadian Space Agency had put together with stakeholders from across Canada was not appealing to the government. Not in the slightest. It would have been too costly to implement and the government was in the mood to cut spending, not spend more. It was shelved, never to see the light of day.

In February 2012 MacLean made a very good speech with some candid remarks in Vancouver at the annual meeting of the American Association for the Advancement of Science. The speech, which the CSA could not provide a transcript of, was however recorded by a journalist in attendance who provided it to SpaceRef. It is well worth reading. It was a rare public speech by a senior official that highlighted Canada’s history in space, the CSA’s and MacLean’s vision, and is something we haven’t seen since. Why? MacLean’s speech was never meant to get out to the wider public. At one point he even asks if there are media in the room. With the current government always wanting to control the message, MacLean couldn’t afford to stray from the government mandated script, yet he did.

After the government had rejected the CSA’s and MacLean’s Long Term Space Plan, and in the spring of 2011, the government decided to commission an independent review of Canada’s Aerospace industry. The Aerospace Review, or as it is sometimes called, the Emerson Report, was released on November 29, 2012. The report, and in particular volume 2 which dealt with the space sector, would not be acted upon for well over a year. MacLean resigned several months after the report was released. His public reason, to take a great a new job offered to him by Mike Lazaridis, co-founder of Blackberry and the Perimeter Institute for Theoretical Physics. The real reason, an absolute frustration with the government.

Of the first two presidents the Conservative government searched for, both had left out of frustration.

After MacLean left, Gilles Leclerc, a senior CSA manager, was named interim president. The search was then back on for a president.

This time though, the government wasn’t about to make the same mistake for a third time. They were going to appoint someone who would be completely 100% behind their vision and rein in the CSA. It should be noted that according to the Canadian Space Agency Act an interim president is supposed to be in the job for no more than 90 days. However, Cabinet can approve an interim president to stay in the position longer which is what happened with Leclerc and all the interim presidents under the Conservatives to date. For Leclerc and the other interim presidents they would not, could not, did not, rock the boat. Leclerc served for more than a year and half before the government found their ideal candidate.

That candidate, was General (retired) Walter Natynczyk. The General was Canada’s former Chief of Defence Staff. Passionate, straight talking, not shy, he was the person the government new could do the job the way they wanted. However he new little about Canada’s space program and it would take some time for him to get up to speed.

The General did not disappoint. At least not for the government. He set about to implement some of the Aerospace Review recommendations including attended the first meeting of the deputy minister-level Space Program Management Board, he also held what was termed the First Annual Canadian Space Conference and he was present when Canada’s new Space Policy Framework was released. His last major task before leaving was issuing a contract to create a Comprehensive Socio-Economic Impact Assessment of the Canadian Space Sector. That report will be completed early next year. However Natynczyk won’t be receiving it as the government on October 29 moved him to a new position as deputy minister of Veteran Affairs.

And so yet again another president is gone. He lasted 15 months. He did not leave out of frustration. He left out of loyalty. The government had another job for the General, one that was more pressing with an election looming and Veteran

Affairs desperately needing help, and Natynczyk, ever the loyal soldier, took the new job requested of him.

The current interim president is Luc Brûlé who was the vice-president at the CSA. How long will he be the president? That is difficult to say, but with the governments track record and with an election coming in 2015, he could be in place until the election is over.

So the question I posed at the beginning has in part been answered. Why has there been a revolving door at the head of Canada’s space agency since the Conservatives took power in 2006?

The simple truth is that Canada’s space program is not a high priority for the Government. It never has been. And for Boisvert and MacLean, the two industry veterans who had the job, they eventually saw the writing on the wall, so they left. The fact that the government took a year and half to find MacLean’s replacement in Natynczyk, and then to have him shuffled out of the job after less than a year and half to another department, speaks volumes.

What’s clear though is that the position of president of the Canadian Space Agency has no political power. The power rests with, and the direction comes from, the Ministry of Industry. And as many a president have discovered, even getting the Minister’s attention can be difficult. It wasn’t meant to be this way, but that is for an upcoming story in the 2014 Canada in Space Series.

Note: This story is the first in the 2014 Canada in Space Series looking at Canada’s space program. The next story in the series will look at MacDonald, Dettwiler and Associates Ltd. (MDA) and their rise to the top of Canada’s commercial space sector. While the company is doing well internationally, the domestic outlook provides some warnings Ottawa should be paying attention to.
Related:
– President Walter Natynczyk to Leave Canadian Space Agency
– Canada Unveils New Space Policy Framework Taking a Step in the Right Direction
– Canadian Independent Aerospace Review Report Released
– CSA President MacLean Makes the Case for Canada in Space

Boucher is an entrepreneur, writer, editor & publisher. He is the founder of SpaceQ Media Inc. and CEO and co-founder of SpaceRef Interactive Inc. Boucher has 20 years working in various roles in the space industry and a total of 28 years as a technology entrepreneur including creating Maple Square, Canada's first internet directory and search engine.
@marckboucher
Previous Canada and France Sign a New Space Cooperative Agreement
Next Former CSA President Walt Natynczyk to be on New Space Advisory Board

The CSA awards another $4.5M in STDP technology contracts