The Moon is Almost Open for Business

The Cost of Reaching the Moon

The biggest obstacle to the commercial viability of any lunar surface operation is the launch cost. A separate issue not dealt with in this article is legality of using lunar resources.

Even with the advances SpaceX is making in reducing launch cost, the commercial lunar business case isn’t there, yet.

Jason Crusan of NASA said in his written testimony that “NASA recognizes that private-sector investment in technologies intended to enable commercial lunar activities, at least initially with respect to U.S. and other nations’ exploration activities, has been increasing and anticipates that industry will eventually be able to provide commercial cargo transportation services to the lunar surface to both public and private customers.”

Eventually does not mean now, it means down the road.

SpaceX does not have a monopoly on innovation.

So what will it take to make lunar activities commercially viable?

To start, the launch cost will have come down considerably. And to make that happen there needs to be increased competition in the commercial launch services market and companies willing to follow in SpaceX’s steps, and even challenge them on the innovation front.

Let me be clear. SpaceX went from the outsider, getting no respect, to the global leader in commercial launch services in less than 15 years. What SpaceX did to Arianespace, United Launch Alliance etc., could happen to SpaceX. SpaceX does not have a monopoly on innovation.

Blue Origin is one of those companies trying to challenge SpaceX. Backed by billionaire Jeff Bezos, the company has the money and leadership to push SpaceX. While they trail SpaceX at this time, they may catch up or even surpass them one day.

SpaceX and Blue Origin aren’t alone in their quest to innovate in the commercial launch service provider market. Legacy companies Arianespace and ULA are trying to catch up, but don’t seem to have the culture in place at this time to do so.

While SpaceX, ULA, Arianespace focus primarily on larger launch payloads, there is a market and need for more small payload commercial launch providers, particularly in the U.S.

It is true there are commercial providers out there catering to this market already. Those include Orbital ATK and Antrix, the commercial arm of India’s space agency, ISRO. And to be clear, in this instance I’m only talking about companies that are actually launching payloads.

However, I don’t see Orbital ATK or Antrix innovating in their launch services like SpaceX.

There are some new players though that do plan on innovating and are getting closer to launching payloads to orbit and the moon. The most notable is Rocket Lab. While their first launch did not reach orbit, it appears this company is closer than any other in this market segment in becoming a legitimate commercial launch provider.

Which is why companies like Virgin Orbit, Vector Space Systems are trying to get a piece of the market as well as a host of other companies.

There’s also room for one or more Canadian companies to compete in this market. And there are a few companies in Canada working in stealth mode trying to do just that.

To meet the needs of establishing a viable commercial lunar operations will take all classes of rockets, small, medium and large.

Testimony for Tomorrowland and The Space Resources Revolution

In listening to and reading the statements of those who appeared in this hearing you can’t help but think of Disney’s Tomorrowland.

Richards and Thornton, two of the commercial company witnesses talked primarily about their commercial plans when they get to the moon.

Richards in a recent SpaceQ podcast did say that he believed that returning lunar samples and selling them was worth 10’s, if not hundreds of millions. If true, that would certainly help pay for the next phase of the Moon Express business plan.

Thornton of Astrobotic Technology said in his testimony that “currently the physics of the rocket equation makes it cost prohibitive for most public and private activities to take place beyond Earth orbit today. Anywhere between 80-95% of a rocket’s mass is spent on just the propellant needed to reach Earth orbit. 1 This fuel problem in space breaks most business cases beyond Earth orbit, and cripples the plans of space agencies around the world. Hydrogen and oxygen are key propellants that can power missions beyond Earth orbit, and they can be extracted from water ice. Based on prior discoveries by spacecraft like LCROSS, significant quantities of water ice have been definitively shown to exist at the Moon’s poles. Thus it is possible to extract and utilize the fuel already at the lunar surface rather than ship it from Earth, which is costly.”

This is true. But you first have raise the funds to built the facilities to make fuel on the lunar surface and show that there’s a market for that fuel.

Thornton also said they had 11 deals from six countries for their first lander which is scheduled to land on the moon in 2019. The value of those deals was not disclosed. He also said “Astrobotic has developed a sales pipeline of 115 deals, valued at more than $1 billion.” If those deals are realized, then Astrobotic would be in good position to build a viable commercial lunar business. But without any details, it’s hard to judge how successful they might be.

Blue Origin for its part wants to be the FedEx of the moon. Book your payload and we’ll deliver it. At what cost though is unknown at this time.

Dr. George F. Sowers Jr. from the Colorado School of Mines said the “space resources will be the third major economic revolution in human history.” That’s a bold statement. If true, then there’s an even more pressing need for more commercial launch providers.

Boucher is an entrepreneur, writer, editor & publisher. He is the founder of SpaceQ Media Inc. and CEO and co-founder of SpaceRef Interactive Inc. Boucher has 20 years working in various roles in the space industry and a total of 28 years as a technology entrepreneur including creating Maple Square, Canada's first internet directory and search engine.
@marckboucher
Previous The CSA Will Provide R&D Funds for Earth Observation Satellite Data Application Development
Next NASA Previews this Weeks Spacewalk to Replace Canadarm2 “Hand” 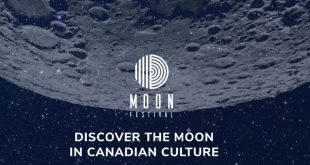