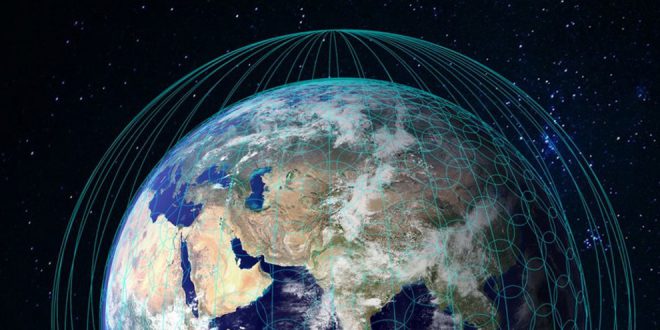 Yesterday the department of Innovation, Science and Economic Development Canada (ISED) issued an update to satellite licensing rules and a lifted a moratorium on applications for Non-Geostationary Satellite Orbit (NGSO) systems which had been in place since June 15, 2016.

The lifting of the moratorium on applications and the revised rules are a result of dramatic changes within the satellite industry the past couple of years. Specifically, the re-emergence of companies planning on building large, and in some cases, mega Non-Geostationary Satellite Orbit (NGSO) systems with thousands of small satellites.

ISED had in January 2014 introduced new licensing rules for satellites. However, these new rules didn’t take into account the possible re-emergence of large NGSO systems.

Some readers might be surprised to learn that in the 90’s there was a push for large NGSO systems that didn’t materialize.

In March of this year the government began a consultation process to assess what, if any, changes to the rules should be implemented to take into account the coming new NGSO systems.

12 companies and one “coalition” responded to the governments consultation. They included;

As well, the government will hold an information session on June 12, details of which will be released shortly on their website.

There were nine topics of discussion addressed. It appears the government was listening and did follow some of the recommendations put forward.

1 – Limit on the number of licences per band

The government wanted to know whether to impose a limit on the number of licenses issued per frequency band for commercial systems.

The government decision: It will not will not impose a limit on the number of licences issued per frequency band for any NGSO systems.

The consultation proposed to require primary telemetry, tele-command and control (TT&C) facilities and network operations centres (NOCs) to be located in Canada, and that a description and planned location of the facilities be included in licence applications.

The response from industry:  A mixed response. The the Coalition, GHGSat, MSCI and Planet opposed the TT&C and NOC facilities proposal. “Kepler and Telesat expressed qualified support for the proposals in their initial comments.”

With respect to second part of the proposal, that aa description and planned location of the facilities be included in licence applications, Kepler, MSCI and Telesat supported the proposal.

The consultation proposed that all commercial NGSO FSS/BSS systems must cover 100% of Canadian territory on a 24/7 basis and that the determination of this coverage would be based on the unique combination of altitude, inclination angle and required angle of arrival of signals for the requested frequency bands. Additionally, the Department proposed that no waivers would be granted from this requirement unless an applicant is already operating an NGSO constellation that provides coverage to 100% of the Canadian territory.

The government decision: All Canadian-licensed commercial NGSO BSS systems and commercial NGSO FSS systems designed for the provision of real-time services to end users must be capable of providing uninterrupted (24/7) service anywhere within Canadian territory.

No waivers will be granted from the coverage requirement unless the applicant is already operating a commercial NGSO constellation that provides uninterrupted (24/7) service throughout Canadian territory.

A description and planned location of the gateway facilities must be included in licence applications.

The final location of these facilities must be confirmed by Milestone 1, with construction of the Canadian gateway completed by the launch of the first satellites (Milestone 3), as defined in CPC 2-6-02.

NGSO licensees whose systems are subject to the coverage requirement must establish at least one gateway in Canada.

The Department proposed capacity reservation requirements for NGSO satellites, specifically that: LEO satellite licensees be required to reserve all of the capacity when the satellite(s) are over Canada for Canadian use for the life of the licence; and MEO/HEO satellite licensees be required to reserve capacity for Canadian use that is equal to the proportion of the Canadian territory covered vis-à-vis the entire territory covered by the satellite until the launch of the first satellite.

The response from industry: Comments and/or reply comments were received from Boeing, the Coalition, GHGSat, Kepler, MSCI, Planet, Telesat and ViaSat. All but MSCI opposed the proposal, with ViaSat not offering a position, but observing that no other jurisdiction imposes such a requirement.

The government decision: The Department will impose a condition of licence related to the maintenance of Canadian coverage and the ability to meet Canadian capacity needs, but will not dictate a specific amount of capacity or mechanism to meet this condition.

5 – Removal of coexistence as an assessment criterion

The consultation proposed that the Department no longer assess coexistence with authorized and approved Canadian NGSO systems as part of the licence application process. This proposal was based on problems with its implementation, including: the lack of publicly available information for applicants needing to conduct an analysis, the fact that system designs can evolve post licensing; and the absence of established regulatory triggers (other than frequency overlap) for coordination between NGSO systems.

The response from industry: Comments and/or reply comments were received from the Coalition, GHGSat, Kepler, MSCI, Telesat, Boeing, Planet and NorthStar. GHGSat and MSCI were opposed.

The government decision: The Department will no longer assess coexistence with authorized and approved Canadian NGSO systems as part of the licence application process.

The response from industry: Comments and/or reply comments were received from the Coalition, GHGSat, Kepler, Meridian Global/Northpoint, NorthStar, O3b, Space X, Telesat, and WorldVu/OneWeb. There was a variety of responses and changes requested.

The government decision: The implementation milestones for all commercial NGSO constellations will be modified as follows:

The Department sought views on two possible mechanisms that could be implemented in the event of unsuccessful domestic coordination: the imposition of spectrum sharing during in-line interference events and the mandated use of a third-party dispute resolution process.

The response from industry: Comments and/or reply comments were received from Boeing, the Coalition, GHGSat, Kepler, MSCI, NorthStar, O3b, OneWeb/WorldVu and Telesat.

On the issue of mandatory spectrum sharing during in-line interference events, Boeing, the Coalition, Kepler, NorthStar and O3b either supported, or offered qualified support for the measure.

With respect to what an appropriate angle would be to define an in-line event, Boeing, the Coalition, Kepler, OneWeb, and Telesat submitted a variety of comments and suggestions.

On the issue of the mandated use of third-party dispute resolution a variety of comments and suggestions were received from the Coalition, Kepler, MSCI, NorthStar, O3b and Telesat.

The government decision: The Department will not require mandated third-party dispute resolution in cases of domestic coordination disputes, and will defer a decision on mandating spectrum sharing during in-line interference events until the FCC decision is known and further progress is made at the ITU in the area of NGSO/NGSO coordination. The Department will continue to apply standard coordination practices.

The Department proposed to continue its policy of approving the use of foreign-licensed NGSO systems in Canada if coordination has been completed with Canadian networks, without requiring coordination with other foreign systems to be completed.

The Department proposed to modify its existing procedures to not accept applications for spectrum that has been returned to the Department (either through withdrawal of an approval in principle, revocation of a licence, or voluntary return by a licensee). The Department further proposed that it publish a notice on its website indicating that spectrum has been returned, and to begin receiving applications for that spectrum 30 calendar days after the notice has been published.

The response from industry: Comments and/or reply comments were received from the Coalition, GHGSat, Kepler, MSCI, Telesat and NorthStar, all of whom supported the proposal in principle.

Boucher is an entrepreneur, writer, editor & publisher. He is the founder of SpaceQ Media Inc. and CEO and co-founder of SpaceRef Interactive Inc. Boucher has 20 years working in various roles in the space industry and a total of 28 years as a technology entrepreneur including creating Maple Square, Canada's first internet directory and search engine.
@marckboucher
Previous Canadian Space Agency Announces 2017 Space Apps Challenge Winners
Next SpaceQ Podcast Episode 1 – Sylvain Laporte, President of the Canadian Space Agency 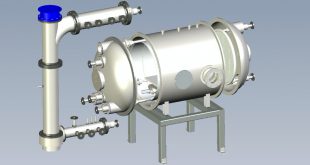 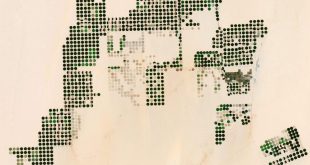