Earlier this week the AIAC announced a new initiative called Vision 2025: Beyond our Imagination. It is, in their words “an industry-led initiative to start a new dialogue between industry, government, the public, and other stakeholders that will chart a course for Canada’s future in the international aerospace sector.”

In the press release about the new AIAC initiative, Mr. Charest said “I am excited about the strength of our aerospace sector, and the opportunity we have to capitalize on that strength to become a global powerhouse. Canadian aerospace plays a major role in the economic health of our nation. Vision 2025 will ensure that the industry, which spans civil aviation, defence and space, works together with government and communities to ignite Canadian innovation, trade, jobs and prosperity for years to come.”

SpaceQ had an opportunity to speak with Jim Quick, President and CEO of the AIAC, on this new initiative and the hiring of Mr. Charest.

The timeline is short one for Mr. Charest to complete his task. He’ll have just over three months to hold meetings in five cities along with whatever private meetings he schedules. The meetings will be in Halifax, Montreal, Ottawa (at the AIAC’s annual Aerospace Summit), Toronto and Vancouver. Surprisingly Winnipeg isn’t on that list. Once he’s met all the stakeholders he’ll collate what he’s found, write a report and present his findings. All before the next budget and importantly, the next election.

The AIAC is laying the groundwork for whomever leads the country after next years federal election. By bringing in a heavy hitter like Mr. Charest, it’s hoped his credibility, knowledge, and experience will help the industry association when it takes its case to government, yet again.

Mr. Charest will chart his own course for Vision 2025, with the AIAC giving him the latitude to speak to whomever he wishes without being influenced by the AIAC itself.

In speaking with Quick, we touched on the space portion of the Aerospace equation, and it will definitely be addressed as part of the scope of the initiative.

Listen to my Short Takes interview with Quick for more details.

Boucher is an entrepreneur, writer, editor & publisher. He is the founder of SpaceQ Media Inc. and CEO and co-founder of SpaceRef Interactive Inc. Boucher has 20 years working in various roles in the space industry and a total of 28 years as a technology entrepreneur including creating Maple Square, Canada's first internet directory and search engine.
@marckboucher
Previous GHGSat Looks to Build on Success of Their First Global Emissions Monitoring Satellite
Next Kepler Communications Secures US$16M in Series A Funding – Still Waiting on FCC

A Terranauts guide to leaving the planet – Rocket Science 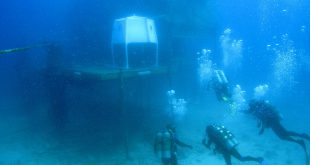