People were surprised to hear that Amazon is willing to spend a billion dollars to secure the rights to a streaming adaptation of Cixin Liu’s The Three Body Problem. Yes, Amazon is willing and able to pay big dollars for television adaptations—they’re already working on a massive Lord of the Rings prequel series. But a billion dollars? For this series? It won a Hugo, but …

END_OF_DOCUMENT_TOKEN_TO_BE_REPLACED

In a First, China Launches Canadian Satellite for Kepler Communications 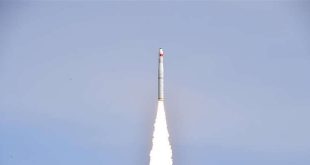 For the first time a Canadian satellite has been launched by China. Kepler Communications, a Toronto based startup, had its first satellite launched today as secondary payload on a Long March 11 rocket. Canadian satellites have previously flown on American, Russian and Indian launch vehicles.

END_OF_DOCUMENT_TOKEN_TO_BE_REPLACED

What’s In Store for China’s Space Program in 2018 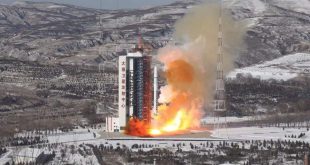 China has set a very ambitious launch schedule for 2018 announcing in early January it would try to conduct over 40 government and commercial launches.

END_OF_DOCUMENT_TOKEN_TO_BE_REPLACED 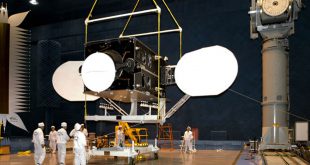 Continuing with our Summer Reading Series of articles or interviews that still have some relevance today, we present Craig Covault’s March 2013 article China’s Surging Military Space Program from Space Quarterly Magazine. Of note, China has completed eight launches to date this year with one failure and another satellite being placed in the incorrect orbit.  Two communications satellites, one of which is for a military use, were successfully placed …

END_OF_DOCUMENT_TOKEN_TO_BE_REPLACED

The New Race for the Moon – Space Quarterly Archives 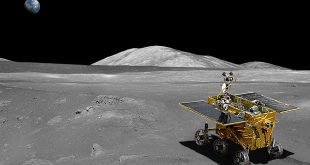 Continuing with our Summer Reading Series of articles or interviews that still have some relevance today, we present Craig Covault’s June 2013 article The New Race for the Moon from Space Quarterly Magazine.

END_OF_DOCUMENT_TOKEN_TO_BE_REPLACED

For the first China has docked two of its spacecraft the Shenzhou-8 and Tiangong-1 space lab module.

END_OF_DOCUMENT_TOKEN_TO_BE_REPLACED

China has launched the Shenzhou-8 which will attempt to rendezvous and dock with the Tiangong-1 space station module. This is China’s first attempt at a docking and rendezvous between its spacecraft.

END_OF_DOCUMENT_TOKEN_TO_BE_REPLACED

Canada as a Facilitator for US-China Space Relations

Canadian Space Agency (CSA) President Steve MacLean is in China to for exploratory meetings on future possible cooperation between the countries. Last week he visited the China National Space Administration (CNSA) where he met with CNSA Administrator Chen Qiufa. He also met Zheng Guoguang, Administrator of the China Meteorological Administration. After his visit to China MacLean will visit Russia to participate in the commemorative ceremony …