MacDonald, Dettwiler and Associates Ltd. (MDA) has been awarded a contract to build a sophisticated mapping system for a joint Canada-US mission to retrieve samples of an asteroid.

The Honourable Christian Paradis, Minister of Industry made the announcement today. “Our government has always been a strong supporter of the Canadian space sector, and this groundbreaking project will position the industry to take full advantage of future space and non-space opportunities,” said Minister Paradis. “Canada has a proud legacy in space, and our government is ensuring that the sector can continue to create jobs, growth and long-term prosperity for Canadians.”

The $15.8-million contract is for the design of a sophisticated mapping system known as the OSIRIS-REx Laser Altimeter (OLA). The OSIRIS-REx mission will be the first U.S. mission to return a sample from an asteroid to Earth. OSIRIS-REx will be launched in September 2016 and will reach asteroid 1999 RQ36 in 2018.

The OLA is an advanced lidar (Light Detection and Ranging) system that is a hybrid of the lidar on the Phoenix Mars Lander’s Canadian weather station. OLA will scan the entire surface of the asteroid to create a highly accurate, 3D model, which will provide mission scientists with fundamental and unprecedented information on the asteroid’s shape, topography, surface processes and evolution.

OLA uses a receiver and two complementary lasers to provide the information beamed back to Earth. OLA’s high-energy laser transmitter will be used for scanning from further distances (1-7.5 km from the surface of the asteroid). As the spacecraft comes within seven kilometers of the asteroid, the laser-altimeter will be used to perform comprehensive surface mapping operations that provide topographical maps that will assist in navigating the spacecraft towards the asteroid. The low-energy laser will be used for rapid imaging at shorter distances (500 m to 1 km) to contribute to a global topographic map of the asteroid, as well as local maps to assist scientists select the best sites for sample collection. Once a sample is collected, it will be returned to Earth in 2023.

Near-Earth Objects, or NEO’s, cross our planet’s orbit on a regular basis, but only a handful are large enough to pose a threat. One of these objects is asteroid 1999 RQ36, a “leftover” from the formation of our solar system four-and-a-half billion years ago. In an effort to better understand NEO’s and our planet’s own origins, NASA is sending the OSIRIS-REx spacecraft to asteroid 1999 RQ36 to study the evolution of its orbit and to retrieve a sample for return to Earth. Credit: NASA

For more information on the mission, see An Overview of Canada’s Participation in the OSIRIS-REx Asteroid Sample Return Mission – a presentation by Dr. Ed Cloutis of the University of Manitoba, one of the scientific investigators on the OSIRIS-REx mission. This lecture was made at the Canadian Space Summit last November in London, Ontario. 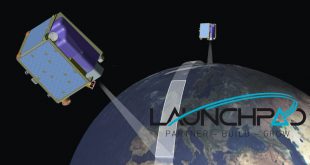 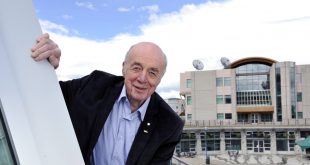