The Rotman School of Management at the University of Toronto is home to the Creative Destruction Lab (CDL) which they describe as “a seed-stage program for massively scalable, science-based companies.” For its inaugural Space Stream we counted 29 companies in total that participated in the Stream. CDL does not, as a rule, talk about the companies selected to participate in each stream. Of the 29 companies we identified, nine are Canadian, six of which will graduate.

Now that the nine month program is over, CDL is organizing a Super Session this Wednesday and Thursday. That Super Session will include the graduating teams from all their Streams, not just space.

For the Space Stream, their day in the public will be this Wednesday. They will hear from former Canadian astronaut Colonel Chris Hadfield and Anousheh Ansari, CEO of the X PRIZE, both of whom are part of a group of 24 space mentors.

Graduation means that the mentors saw enough in the individuals and products each company is trying to bring to the market to keep mentoring them throughout the program. For the companies themselves, they should now be ready to announce new funding from investors or start a new round of funding whether it’s a bridge, Series A etc.

The 13 companies graduating are (first six are Canadian):

We’ll have more details on each companies plans after the Super Session.

Boucher is an entrepreneur, writer, editor & publisher. He is the founder of SpaceQ Media Inc. and CEO and co-founder of SpaceRef Interactive Inc. Boucher has 20 years working in various roles in the space industry and a total of 28 years as a technology entrepreneur including creating Maple Square, Canada's first internet directory and search engine.
@marckboucher
Previous Japan Approves LiteBIRD Astronomy Telescope As Canada’s Mulls Contribution
Next The RADARSAT Constellation Mission is Ready for Launch 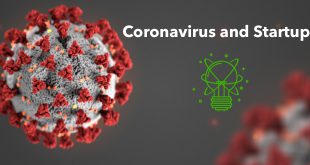