Exclusive: Canadensys is Expanding its Operations Opening an Advanced Manufacturing Facility in Waterloo

In recent weeks three key employees from Ontario Drive and Gear (ODG) left the companies space robotic division and moved over to Canadensys Aerospace. Now we know why. Canadensys today announced that it was opening up a new advanced manufacturing facility in the Waterloo region.

SpaceQ first noticed a few weeks ago on LinkedIn that Peter Visscher, Chief Technology Officer at ODG had left the company and was now Director of Canadensys West (Waterloo Region). Then Perry Edmundson also changed his profile and was now a Project Manager at Canadensys. Soon after Peter Woolfrey, Mechanical Designer, was listed as working at Canadensys.

SpaceQ contacted both Canadensys and ODG to find out what was going.

According to Joerg Stieber, Chairman of the Board at ODG, the company had decided to refocus on their terrestrial extreme terrain robots. He told SpaceQ by email that “our focus is currently on further development and commercialization of our line of terrestrial extreme terrain robots. However, we continue to have a great working relationship with Canadensys and we will continue to work together on projects. Just as our terrestrial rovers were derived from lunar rover designs, we will be exploring the potential of commercializing other space technology for terrestrial applications.”

I spoke with Chris Sallaberger, CEO of Canadensys who told me that they’ll continue to work with ODG and have a great relationship with them, but that it made sense to bring over the space robotics capability from ODG. It was a mutually advantageous arrangement.

This past June SpaceQ interviewed Peter Visscher who was still Chief Technology Officer at ODG at that time. The interview focused in part on the business case of the terrestrial technology spinoffs and future moon plans. Now ODG will get the benefit of the terrestrial spinoffs while the lunar and planetary drivetrain work will benefit Canadensys.

The new Waterloo facility will be a Centre of Excellence for lunar and planetary rover drivetrain design and development for Canadensys.

Sallaberger said “we are excited to be expanding into the Waterloo region. With the establishment of this new facility, Canadensys Aerospace will have an anchor point at both ends of the Toronto-Waterloo high tech corridor.”

Peter Visscher, Director of the new Canadensys facility added “the Waterloo region is an internationally recognized hotbed of Canadian talent and innovation and we are delighted to be able to expand our space activities within this industrial eco-system.”

The company also announced that Perry Edmundson will lead program management in the Waterloo facility and Peter Woolfrey will be its senior mechanical designer.

Currently the staff are in a temporary office while they search for the best location for the new facility.

Sallaberger said the new facility “will consist of office space plus a laboratory area outfitted with light and heavy equipment for the manufacturing, assembly, and testing of prototype and flight hardware.” They will also be “conducting rapid prototyping and manufacturing of various mechanical subsystems for Canadensys space-flight programs. Project Management, State-of-the-Art and Requirements Assessments, Preliminary and Detailed Design, Manufacturing and Test Planning and Dynamic Testing.”

Headquarters for Canadensys will remain in Bolton, just northwest of Toronto.

Boucher is an entrepreneur, writer, editor & publisher. He is the founder of SpaceQ Media Inc. and CEO and co-founder of SpaceRef Interactive Inc. Boucher has 20 years working in various roles in the space industry and a total of 28 years as a technology entrepreneur including creating Maple Square, Canada's first internet directory and search engine.
@marckboucher
Previous Student Organized Montreal Space Symposium Set to Take Off
Next The CSCA to Hold Tax Reform Impact Meeting 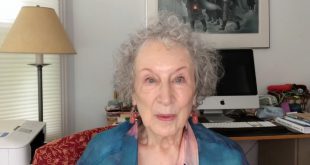