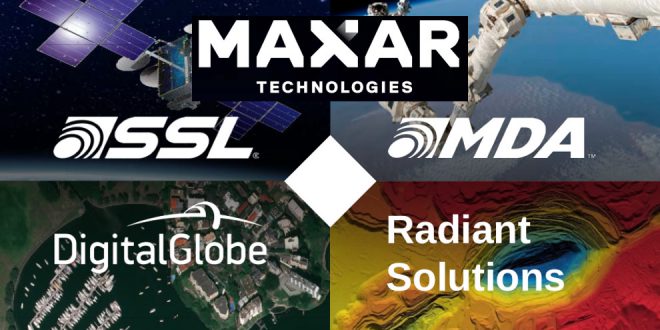 On October 2nd MDA’s acquisition of DigitialGlobe closed. The new company formed from this acquisition will be called Maxar Technologies and will have 6,500 employees with $3B in 2016 revenues. Contrast that to January 2008 when MDA thought it had sold its space business to then Alliant Techsystems (ATK), now Orbital ATK, and we’re planning on leaving the space market. Then, as in now, context of what the deal will mean to Canada is important.

Selling, Then, and the Canadian Government

In April 2008 the Conservative government rejected the sale of MDA to ATK citing a lack of “net benefit” to Canada.

What they didn’t say is that they were pissed off, along with the opposition parties, that MDA would sell the space business which included the RADARSAT-2 satellite. After all, the previous Liberal government had initiated the project, paid for most of RADARSAT-2 and gifted ownership of the satellite to MDA in return for a certain amount of annual data. The government had seen investing in synthetic radar aperture (SAR) trying to make Canada a leader in this area. Having that investment then become property of a U.S. company wasn’t going to fly.

The government was right in rejecting the deal and spared the MDA leadership from making a mistake. Granted, at the time MDA thought it was making the right decision. But why even consider selling the space business?

In part, MDA saw their property business, which they wanted to keep, as the growing part of the business at the time, though it would soon tank in the subprime mortgage crisis, and later be sold off.

In part, because the Conservative government at the time had signalled it wasn’t interested in space. Funding for Canada’s space program was being systematically lowered.

That’s the context of why MDA was tried to sell its space business in 2008 and it’s important in understanding how they’ve positioned themselves since then.

Successive Canadian governments have sought to invest in key or niche technologies that Canada could become a leader in. The strategy, based in part on feedback by the community, has worked well for the most part, though changing market conditions in recent years is making that strategy more difficult.

MDA realized after the failed sale to ATK that it needed a new strategy.

It renewed its commitment to developing key technologies it had already had some expertise in, including SAR. It also embraced what would later become known as the U.S. Access Plan. If they couldn’t be sold to a U.S. company, then they would buy one or more U.S. companies. It was strategy that would eventually succeed, though it wouldn’t be easy.

But why did they need a U.S. Access Plan?

The Conservative government came to power in January 2006. In the lead up to the proposed sale of MDA to ATK in January 2008 the Canadian Space Agency was now being led by its fourth president during that time, either acting or appointed. That’s four leaders in two years.

It’s no wonder MDA had tried to sell its space business. Without stable leadership at Canada’s space agency, with little interest in the space sector by the government, the writing was on the wall.

For a public company like MDA, a limited and shrinking domestic space market was not something shareholders were happy about. And remember, the deal to sell MDA to ATK was overwhelmingly approved by shareholders.

The government finally reacted in September 2008 by appointing Dr. Steve MacLean, a former astronaut and respected scientist, as president of the Canadian Space Agency. In the speech announcing MacLean, the Conservative government gave him orders to develop a Long Term Space Plan. Optimism was in the late summer air. It didn’t last.

The Long Term Space Place was met with incredulity by the government. Their mantra was that they were the fiscally responsible government, cutting many programs. There was no way they would back a major plan that totalled over a reported billion dollars.

Not only did the Conservative bury the Long Term Space Plan, they set into motion a systematic plan to reduce the base funding of the Canadian Space Agency that still exists today.

With MDA’s only real avenue for growth coming outside of Canada, it needed their U.S. Access Plan to succeed.

That plan began to work when in 2012 they acquired Space Systems Loral, a satellite manufacturer. It was a great deal. It provided them a foot in the door and a way forward in trying to access the huge U.S. space marketplace.

But unlike some sectors, access to the U.S. space market, especially the defense market, is fraught with regulatory hurdles including the big one, the International Traffic in Arms Regulations (ITAR).

ITAR makes life extremely difficult if you’re a foreign business trying to access the U.S. market. ITAR is a U.S. regulatory framework enforced  by the U.S. Department of State to control the export of defense and military related technologies.

In April 2016 MDA’s longtime CEO Daniel Friedmann resigned. It was move designed in part to bring in new leadership, new U.S. leadership to further the U.S. Access Plan. Howard L. Lance, the former CEO of Harris Corp. would take over in mid-May.

Another piece of the puzzle was in place.

Between Lance’s appointment and the announcement of the acquisition of DigitalGlobe earlier this year, Lance would reorganize the company to further itself into the U.S. market. This included the creation of  SSL MDA Holdings Inc. in Delaware to manage the various business units.

But it was the acquisition of DigitalGlobe that signalled that the U.S. Access Plan was succeeding.

The new MDA, now known collectively as Maxar Technologies will have four independent business units. They are MDA, SSL, DigitalGlobe and Radiant Solutions.

What’s key to understand here is that MDA still retains its Canadian roots, identity and more importantly, Canadian jobs. And the reality is MDA has outgrown Canada, and that’s a good thing.

To grow, MDA had to expand beyond Canada.

Sure, some will whine about an iconic Canadian brand being part of a larger international company. But remember, in 2008 MDA was prepared to ditch its space business. That’s what it thought of its prospects based in Canada.

As a business unit within Maxar Technologies, the MDA unit should see new opportunities, meaning jobs in Canada.

According to the road show presentation to investors last week, MDA will continue to work on the following segments in Canada;

To get a better sense of MDA’s future in Canada you can listen to the interview I did with outgoing MDA president Don Osborne.

The Other Business Units

The MDA business unit fits in nicely with the other three units.

SSL will focus on;

It should pointed out that MDA’s satellite building capability in Canada is something that could take a hit. But not because of this deal, but because there are no domestic programs to build and in the U.S., this is SSL’s domain. However, MDA will contribute to SSL by providing antennas, ground systems, robotics etc.

The DigitalGlobe unit will focus on;

And the new Radiant Solutions will focus on providing geospatial analytics and change detection products and services for;

The Radiant Solutions unit is being brings together the MDA Information Systems business unit and DigitalGlobe’s Radiant businesses.

John MacDonald and Vern Dettwiler founded MacDonald, Dettwiler and Associates in 1969 in MacDonald’s basement. That’s right, the MDA we know today started in a basement.

In this latest chapter of the company, the iconic name MacDonald, Dettwiler and Associates Ltd. will be retired. It will now be simply known as MDA.

But MDA has had plenty of changes over the years. It was once owned by a U.S. company. That’s right, before MDA tried to sell itself in 2008 it had already sold itself in 1995 to U.S. based Orbital Sciences. Then in 2001 Orbital Sciences divested itself of MDA, and MDA went public in Canada.

MDA has seen many chapters.

In 2017 what’s important to understand about MDA and its Canadian roots, is that its not going anywhere. As Maxar Technologies, It’s bigger and stronger than it ever was. And that’s because it has a stable U.S. portion of the multinational company now.

Jobs in Canada will depend on how the company grows the business. It’s always been that way. Nothing’s changed in that equation. It’s the same for all businesses. However, growth in Canada will depend in part on what opportunities are available in the domestic commercial, civil and military space sectors. That’s a chapter still to be written.

Boucher is an entrepreneur, writer, editor & publisher. He is the founder of SpaceQ Media Inc. and CEO and co-founder of SpaceRef Interactive Inc. Boucher has 20 years working in various roles in the space industry and a total of 28 years as a technology entrepreneur including creating Maple Square, Canada's first internet directory and search engine.
@marckboucher
Previous Podcast Episode 17: The Montreal Space Symposium
Next The Emergence of the Montreal Space Symposium 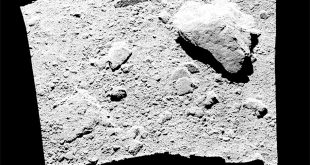