Twenty-five engineers and scientists who contributed to the launch of the first Canadian satellite Alouette 1 were honoured at a special Gala Dinner in Ottawa on September 29 on the 50th anniversary of the satellite’s launch.

The Canada On Orbit Gala / Gala Canadien propos de l’orbite was organized by the Canadian Space Society with sponsorship support from the Boeing Company, Macdonald Dettwiler and Associates and Telesat.

The evening was hosted by Bob McDonald of CBC Quirks and Quarks and included videotape messages of welcome and congratulations from Governor General of Canada David Johnston and Canadian Space Agency (CSA) President Steve MacLean.

Speaking for the Alouette Pioneers was dynamic Harry Kowalik who regaled the nearly 200 people gathered with stories of building Canada’s first satellite from scratch with no blueprints. During the evening rare never before seen video of launch preparations for the Alouette 1 were played as well as a thunderous audio recording of the launch.
Former CSA President Mac Evans was the featured speaker. Evans praised the pioneers, not only for their work on Alouette 1, but for educating the next generations of “space cadets” who came along.

Evans said the real significance of the Alouette program is that it served as the foundation for the entire Canadian space program. The Alouette pioneers – the engineers, technologists, scientists and managers had to develop everything from scratch. There were no textbooks to help them to design, build, test, launch and operate the satellite.

As a scientific satellite, it was extremely successful, returning over one million images of the ionosphere. Evans further pointed out that Alouette 1 is the most awarded satellite in Canadian history.

Evans’ speech can be heard below.

winners of the Canadian Satellite Design Challenge geared towards university students. Thus the celebration brought together the Pioneers, current industry workers and the next generation of space workers.

A complete overview of the Alouette 1 mission written by Chris Gainor and published in the September issue of Space Quarterly can be found here. 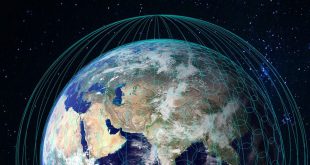