A group of amateur rocketeers led by project manager Ken Baldwin launched their Black Brant 3 full scale rocket using a CTI O8000 engine at Sullivan Lake 16 kilometers south of Lethbridge, Alberta on Sunday, September 13th. The launch was in honour of the fiftieth anniversary of the first Black Brant launch, a Canadian developed rocket, on September 5, 1959 from Fort Churchill Manitoba by the Canadian Armament Research and Development Establishment (CARDE).

Assisting Baldwin were Peter Issler, Andrew Longdale and several other volunteers.
According to the Encyclopedia Astronautica 801 Black Brant rockets were launched from 1962 to 2005. Versions of the Black Brant can carry payloads ranging from 70 to 850 kilograms to altitudes from 150 to more than 1,500 km, and could provide up to 20 minutes of microgravity time during a flight. The Black Brant and Nihka motors used on some Black Brant versions were manufactured in Canada by Bristol Aerospace Limited (a Magellan Aerospace Company).
This past Sunday NASA launched a four-stage Black Brant XII from their Wallops Flight Facility in Virginia which was not without controversy as people were caught off guard by a strange cloud in the sky.

References:
1. BB3 CRA Project Photo Gallery, Flickr
A thank you to RLV and Space Transport News for the heads up on this great Canadian story.

Boucher is an entrepreneur, writer, editor & publisher. He is the founder of SpaceQ Media Inc. and CEO and co-founder of SpaceRef Interactive Inc. Boucher has 20 years working in various roles in the space industry and a total of 27 years as a technology entrepreneur including creating Maple Square, Canada's first internet directory and search engine.
@marckboucher
Previous This Week in Space for Canada for the Week Ending September 18
Next Is Water Abundant on the Moon? 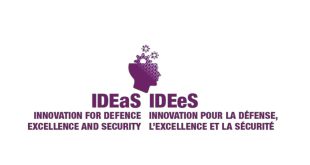